A recent Omdia survey of nearly 700 enterprise decision makers (undertaken as part of Google-funded research on mobile security) indicated that the three largest security risks are employee behavior, employee-owned devices, and cloud-based third-party apps. These were ranked as the top three security risks by 55%, 46%, and 34% of respondents respectively. The COVID-19 outbreak and subsequent rise in homeworking has amplified these risks as can be seen in the repeated security concerns raised about Zoom. In such a situation, choosing the correct technology partners is crucial, and the perception of many is that Android as an operating system is more vulnerable than iOS when it comes to mobile security. Our study showed that not only is this untrue, but Android’s security features best match what enterprises care about most.

Malware protection is also probably the biggest difference between Apple iOS and Google Android. Apple’s approach relies on its control as a gatekeeper for apps. The App Store is tightly controlled, and sideloading of apps is prohibited on iOS, which means Apple should have oversight of every piece of software that could be downloaded onto iPhones. Android is more flexible in that it allows sideloading, so instead, Google has a dedicated antimalware software baked into the platform with Google Play Protect, which scans devices to ensure that nothing risky has escaped notice.

Anti-phishing measures such as password autofill are backed into both the default browsers on iOS and Android, while both platforms also support two-factor authentication for user accounts, which limits the potential for phishing. Google’s own hardware product line , Pixel, goes a step further with Call Screening and Message Spam Protection, which was introduced as a feature on the Pixel 4 and has since been rolled out to other Pixel devices and made available to other OEMs. These features check incoming calls and messages against a list of numbers known for phishing attempts and can automatically block these intrusions.

For patch management, Apple has a much more streamlined system in place, whereas Android’s patch management requires the device manufacturer’s involvement, which can mean delays to important security updates. Multiple Android brands, such as Google Pixel and HMD’s Nokia-branded smartphones, have made providing rapid, reliable security patching and control a selling point for consumers and enterprises alike.

Android outperforms iOS on the scorecard primarily because of Google Play Protect’s ongoing malware protection, which addresses the single most important concern of enterprise customers. Unsurprisingly, iOS has advantages over Android when hardware comes into play because Apple has full control over both hardware and software, but these advantages do not turn out to be as important as many believe.

Google’s own Pixel product line shows just how secure Android hardware can be, providing excellent hardware security and guaranteed quick OS and security updates while also having some additional anti-phishing features such as the aforementioned Call Screening and Message Spam Protection. In fact, Pixel phones get a perfect score on this scorecard.

Android comes out on top again in the enterprise security feature comparison, even though iOS also scored highly on the most important features. For example, while Android’s ability to add a specific password to corporate applications is a best in class feature, the difference between it and iOS’s ability to enforce security device-wide appears slim.

The features were then weighted based on feedback from Omdia survey data where decision makers were asked how important different features were. Weights were assigned on a scale from 0 to 1 with increments of 0.25. 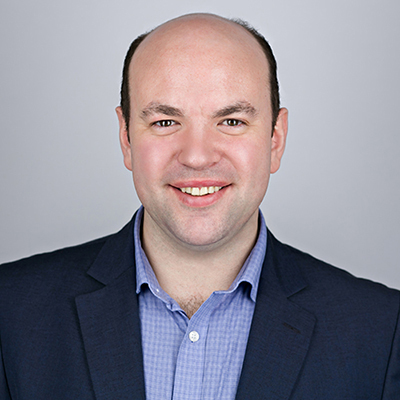 Daniel is a recognized expert in the consumer devices sector, as well as a sought-after commentator on topics such as AI. Daniel’s research is focused on helping clients understand what devices are in use and how consumers are using those devices.

Daniel, who joined Omdia (formerly Ovum) in 2016, provides insights into current market trends for Omdia clients, focusing on consumer electronic devices such as smartphones, tablets, TV devices, and smart speakers. He analyzes these with a broad strategic lens and helps identify the various strengths and weaknesses of different platforms, as well as pinpointing potentially underserved markets for new devices and content services. Prior to joining Omdia, Daniel worked for six years with IHS Markit, covering smartphone and mobile technologies. He holds a master’s degree in telecommunications and business from UCL, where he won a prize for the best dissertation.