Arm makes its sixth acquisition since being acquired itself by Softbank

Arm, the British chip designer acquired by Softbank in September 2016 for $32 billion, today announced its acquisition of Stream Technologies.

Stream Technologies also licenses its IoT-X connectivity management platform (CMP) to a handful of mobile operators, but is a relatively small player in this market, compared to companies like Cisco Jasper, Ericsson, Huawei, and Vodafone.

Arm will add Stream Technologies to its IoT Services Group (ISG), where Stream Technologies’ CMP and other technologies will extend the current Mbed Device Management Platform’s capabilities with connectivity management functionality. Since the acquisition of Arm by Softbank, Arm has itself acquired five other smaller firms and increased its headcount by 25%.

Arm acquired Stream Technologies to enhance its end-to-end connectivity and device management platform, making it easier for organizations to access their IoT data. Arm’s Mbed IoT Device Management Platform also furthers Arm’s goal of having its processor designs used in the expected hundreds of billions of future IoT devices. (Masayoshi Son, Softbank’s CEO, expects a trillion IoT devices eventually will be in use.) While adding connectivity services does move Arm up the value stack, it does so only marginally, and at the lower end of the stack, where services are becoming increasingly commoditized. Fundamentally, Arm wants to make it easier for IoT developers to use Arm designs and move from unconnected products to connected services.

This acquisition rationale is clear to see when we consider Stream Technologies’ market traction. Stream is one of 17 merchant CMP vendors, but this was a negligible reason for the acquisition. Out of 700,000 connected devices, IHS Markit estimates only about half were due to CSP customers of the Stream-X platform. Arm would be significantly challenged trying to compete with Cisco Jasper, Ericsson, Huawei, or Vodafone, for example, in signing on new CSP customers.

At the same time, Stream Technologies is not one of the leading MVNOs in the IoT market either. If Arm had wanted an instant, market-leading entrance into the MVNO market, it would have been better off acquiring Aeris (with whom it has already partnered in various regional markets around the globe), or KORE. But those firms would probably have come with a much higher price tag, and even Mr. Son’s Vision Fund is not a bottomless well of money.

What Arm ideally will do, given its primary focus on encouraging adoption of its processor designs, is to lower Mbed service pricing down to “Internet-scale” levels. Already, European MVNO 1NCE has announced a “10 euros for 10 years” flat rate offer on IoT connectivity services. Depending on multiple parameters, IoT device management services from companies like Amazon, Microsoft, and IBM are in the tens of cents per device per year. Dropping even further, below these pricing levels, could dramatically increase the volume of connected devices and demand for Arm’s processor designs in coming years.

Partners and competitors will, in large part, see minimal impact from this acquisition. IoT platform vendors that also provide some other infrastructure (e.g. telecom network access, networking equipment or industrial gear, or cloud computing services) largely are happy to see use of their infrastructure offering increase, no matter whose IoT platform is the cause of the increase.

Some “pure-play” IoT platform providers, especially those who play at the lower, commoditizing end of the value stack, will be negatively impacted. However, the IoT platform market is at such an early stage of development that there is yet no one commonly-accepted, detailed definition of what a platform should provide. In other words, different platforms provide different nuanced capabilities, and it is common today for different IoT platform vendors to partner with each other.

IoT MVNOs might be the most severely impacted market stakeholders. MVNOs so far have carved out a niche for themselves versus the operators based on their willingness and ability to service “longtail” customers, whom operators tend to avoid. To the extent that Arm leverages Stream Technologies to create a global, integrated device management and connectivity services offering attractive to these smaller customers, the acquisition could potentially impact other IoT MVNOs. (We also note, however, a potential beneficial aspect of the acquisition to MVNOs: Arm values partnerships and ecosystem enablement and could use its acquired technology in an MVNE play, for both MVNOs and MNOs.) 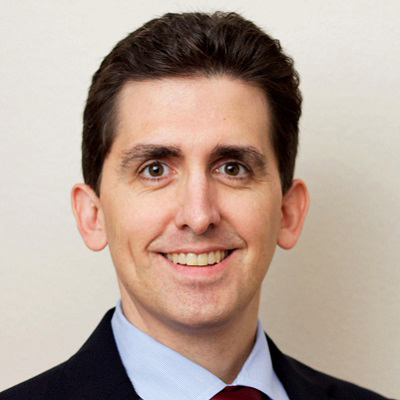