Home assistants developed by Amazon, Google and others are changing how consumers interact with connected home devices, including intruder alarms. More alarm systems now offer a voice-command option, allowing users to use Alexa and other smart assistants to arm and disarm their alarm systems.

Home assistants developed by Amazon, Google and others are changing how consumers interact with connected home devices, including intruder alarms. More alarm systems now offer a voice-command option, allowing users to use Alexa and other smart assistants to arm and disarm their alarm systems.

Using voice commands to operate intruder alarm systems makes the process easier and quicker, as it eliminates the need to physically interact with the alarm itself. With voice commands, there is no need to locate a key fob or type a pin code into a keypad. Voice features can also be useful when a keypad or a smartphone malfunctions, or if the key fob is misplaced. Likewise, arming the system for the night can be done from a user’s bedroom, without the need to physically engage with the security system.

Voice is here to stay

Currently available voice features in intruder alarms offer a basic level of interaction. The user speaks a predetermined command to disarm the system, and the voice assistant then asks for a security password or a pin code. The password feature was added, so strangers standing outside users’ homes could not instruct the systems to disarm. This process could be improved with the use of advanced voice-recognition technologies, which would eliminate the need for dedicated passwords. The system would instead use voice biometrics to verify the user’s identity, which could be done automatically, simplifying the process.

Although voice interaction currently occurs while users are physically in their homes, in-car entertainment systems of the future could also be used to disarm home security systems on the road or while pulling into the driveway.

Not an easy path

A number of challenges preclude voice features from becoming a more popular method of operating intruder alarms. For example, the need to use pin codes prolongs the process. Some non-tech-savvy users might also struggle to communicate with voice assistants, as they require the use of specific commands for the devices to listen. Another downside is their reliance on home Wi-Fi connections to connect and process commands: if the home network goes down, the assistant stops working.

Should voice recognition become available in home alarm systems, additional privacy concerns will arise, including where the voice samples are stored -- either in the cloud or on local servers operated by alarm companies.

Currently, the voice functionality of home assistants requires users to directly address their smart home assistants. On a more advanced level, users would not have to directly address the voice assistant or the control panel to disarm the system; instead, once the assistant recognized the voices in the household, it could automatically disarm the system. However, this type of functionality could lead to even more privacy concerns, as smart devices actively listen for house members’ activity.

Enhanced connectivity and functionality have become important differentiating factors for intruder alarm systems. As more intruder alarm manufacturers integrate voice assistants into their offerings, adding a smart device to an intruder-alarm package may create an additional incentive to purchasing an alarm system.

On the other hand, manufacturers could attempt to acquire companies that specialize in voice recognition software — or partner with providers of these products — to speed the introduction of advanced voice features. 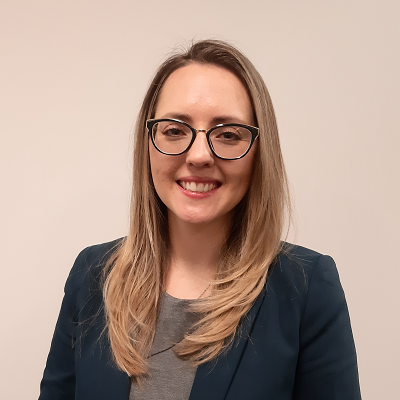 Anna leads research for the intruder alarms and remote monitoring services intelligence service. She advises companies on current growth opportunities in the market, as well as strategic industry shifts that will affect security and building technology portfolios.

Anna joined Omdia in 2016. Her areas of expertise include home and commercial security, transformative technologies including IoT, artificial intelligence (AI), and cellular protocols as they relate to building technologies, as well as homeland security. Over her career she has authored reports on security and building technologies such as AI in smart buildings, ANPR and detection sensors, access control as a service, door automation, and explosives, weapons, and contraband detection equipment. She also managed the smart buildings and lighting intelligence services. She holds a master's degree in intelligence and international security and a bachelor’s degree in international relations and security studies.