Cineworld, which recently climbed to second in the global exhibitor rankings following its Q1 2018 $3.4bn acquisition of Regal Entertainment, in turn the largest US exhibitor by number of screens, has flexed its new found global muscle with a slew of equipment deals in keeping with its strategy to increase investment in premium cinema formats.

Cineworld, which recently climbed to second in the global exhibitor rankings following its Q1 2018 $3.4bn acquisition of Regal Entertainment, in turn the largest US exhibitor by number of screens, has flexed its new found global muscle with a slew of equipment deals in keeping with its strategy to increase investment in premium cinema formats.

Cineworld group has signed a new agreement with premium cinema market leader Imax to invest in new laser Imax experiences in 55 Cineworld and Regal locations. Under terms of the deal, the companies will add Imax with laser to 26 new theatres and upgrade 29 existing Imax venues across both Europe and Regal sites in the US. The news follows Imax’s recent reveal of its new next generation ‘Imax with laser’ branded experience of which it currently has agreements to install 150 screens worldwide. The new and upgraded Cineworld 'Imax with laser' screens will also feature upgraded sound, rocker seating, new entryways and branding.

On the 4D side, Cineworld signed a deal with CJ 4Dplex to expand its provision of 4D cinemas with the addition of 79 4DX branded screens in the US and 20 in Europe and the Middle East. Following the deal, Cineworld group will have a total of 145 4D systems worldwide under 4DX. This marks a large investment in 4D technology by Cineworld and particularly a commitment to expanding 4D in the US, where there are currently just six 4DX screens at Regal locations.  Cineworld is already one of the largest investors in 4D with 40 4DX screens across its European territories and Israel. The deal shows how Cineworld is willing to continue to invest in the technology following its own evaluation of 4D’s merits to drive customer footfall and higher spend. The commitment to 4D technology had already been outlined as part of its strategy towards ‘premiumising’ the assets of Regal and ongoing upgrade of Cineworld assets.

Cineworld has also signed an agreement with Cinionic, the new cinema joint-venture of Barco. As part of the deal, Cineworld will deploy 600 laser projectors across its screen portfolio including in both new builds as well as replacements of existing digital projection. There is no indication of the proportion of those that will be RGB vs smart laser (laser phosphor) but the most suitable model from Barco’s range of 18 laser projectors will be selected for each screen.  This announcement shows a commitment for a large-scale investment in laser projection over the next three year period. It may be expected that a good proportion will be allocated to new build sites where it makes more sense strategically, but the size of the deal also suggests there will be other significant upgrades of Regal/Cineworld projectors across its combined footprint. Cineworld added 109 new screens in full year 2017 across its European and Middle Eastern territories, for example, which when combined with potential new Regal sites and averaged over a three year period would equate to the majority of the screen allocation. Cineworld has been one of the more aggressive UK/European operators opening and targeting new build sites. The move follows the group’s wider commitment to invest in upgrading the premium experience including PLF screens. The group has also used its new found global size and status to agree large bulk deals with trusted technology partners.

On the 3D side, Cineworld group also pacted with new partner Volfoni for a 3D equipment deal.  The deal would mark the first shift in strategy as currently the vast majority of its 3D systems are provided by RealD. The deployments will feature both Volfoni’s SmartCrystal NEO and diamond series across Cineworld screens in Europe, although without recourse to the size of the deal or distribution of screens across territories and whether new or replacement screens, it is difficult to say how significant this is. The terms of the deal given also did not include mention of North American screens, but that is something that cannot be ruled out longer term following the forging of this new alliance.

Cineworld group’s $3.4bn acquisition of Regal Entertainment created a global cinema exhibition giant with a total of 9,760 screens across 10 territories behind only that of Wanda/AMC with 16,019 screens spanning a total of 17 territories, according to IHS Markit data at end 2017. 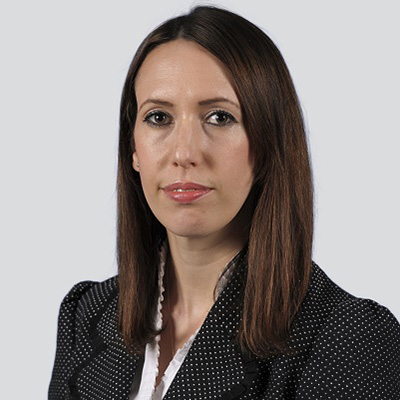 Charlotte provides detailed analysis on exhibitor strategy, evolving film industry business models and theatrical market forecasts. She is also responsible for Cinema Intelligence the most comprehensive resource in the industry, covering 62 international territories. Charlotte is a regular speaker at industry events as well as leading voice on industry webinars.

She holds a degree in geography from the University of Wales, Aberystwyth as well as a master’s degree in international business.