The 3D face-recognition feature is also growing in popularity among Chinese handset OEMs, known for being fast followers and coming up with their own variants to cash in on new trends. To emulate 3D face recognition in their own product offerings, some Chinese makers are pushing the 2D sensing capabilities of their smartphones and leveraging software to achieve the effect.

In a move likely to have broad implications, the multinational Austrian-based semiconductor maker known as ams AG—or Austriamicrosystems—announced in early February the purchase of the Swiss face-recognition software company KeyLemon.

The buyout, for an undisclosed amount by ams, is the last of a series of strategically savvy acquisitions revolving around optical sensing. It follows in the wake of the Austrian chipmaker’s purchase in 2011 of Texas Advanced Optoelectronic Solutions (TAOS); in 2015 of CMOSIS; in 2016 of MAZeT GmbH; and in 2017 of Heptagon and Princeton Optronics. By adding KeyLemon, ams is further expanding its 3D optical sensing portfolio, bringing in-house the complex, much-desired algorithms and intellectual property for face recognition. 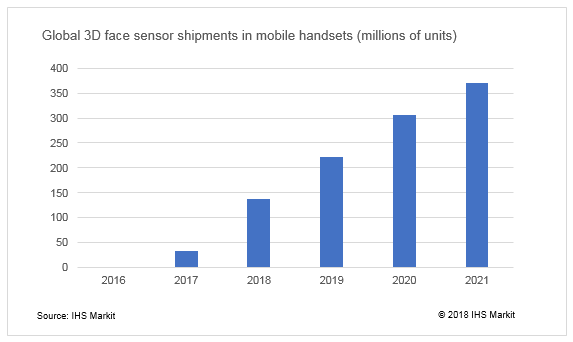 A maker of environmental, light, image, and other sensors, ams is a key supplier of Apple’s TrueDepth camera system, the optical module that enables the face-recognition features of the iPhone X. The 3D optical package, one of the key components of the whole system, comes from ams-owned Heptagon.

The significance of these developments isn’t lost on ams-owned Princeton, which has indicated it hopes to supply VCSEL parts for smartphone 3D sensors in the future. And while parent company ams is wise to be considering other buyers in the company’s overall VCSEL strategy, it would clearly be an enormous “get” and triumph for the firm to obtain a design-win from Apple.

The Chinese response—and the ams advantage

The 3D face-recognition feature is also growing in popularity among Chinese handset OEMs, known for being fast followers and coming up with their own variants to cash in on new trends. To emulate 3D face recognition in their own product offerings, some Chinese makers are pushing the 2D sensing capabilities of their smartphones and leveraging software to achieve the effect. This is the case with Chinese giant telecom Huawei and its Honor View 10 smartphone, via the product’s “Flying II” depth-learning algorithm. Huawei’s forthcoming P20 smartphone, available toward the end of March, will go one step further by incorporating into the model the same notch design found on the iPhone X.

Other Chinese makers, such as Xiaomi, have also indicated they might follow the Apple notch design for their own offerings. At this point, however, it isn’t clear how the notch will work on Chinese smartphones—whether the phones will feature the same 3D face-recognition functionality of the iPhone X and embed 3D optical sensing as well; or if an adaptation of sorts will be served up instead.

Both efforts above tell us that there is growing interest in the facial recognition path. What Chinese OEMs do not need, however is another copycat ripping off TrueDepth—for obvious reasons involving intellectual property and copyright infringement. Instead, the Chinese smartphone makers could do well to play up their own strengths, coming up with a solution that is simpler, integrated, and cheaper. Such a solution would have to come from ams or a similar company armed with the commensurate expertise, which could then enable the price-sensitive Chinese to embed 3D optical sensing functionality into their proposed smartphones.

For instance, the Chinese solution might integrate the VCSEL element within the sensing package, instead of serving as a discrete component—a less refined answer that would translate into Chinese OEMs being able to offer their solution at a lower price, in line with the Chinese emphasis on keeping costs low. An approach like this would differ strikingly from that of Apple, which is willing to pay a premium in exchange for a leading-edge iPhone solution—in this case, the complex TrueDepth camera system.

At present, most of the companies in the 3D optical sensing business supply only one or a couple of building blocks, which means their offerings are limited at best. It is ams alone, thanks to its acquisitions, that is becoming an integrated solution supplier with full control of the supply chain.

And now with KeyLemon, ams will also cover the software aspect of 3D sensing solutions, becoming the best-positioned company to serve both the Chinese handset OEMs and other markets hoping to integrate this technology. 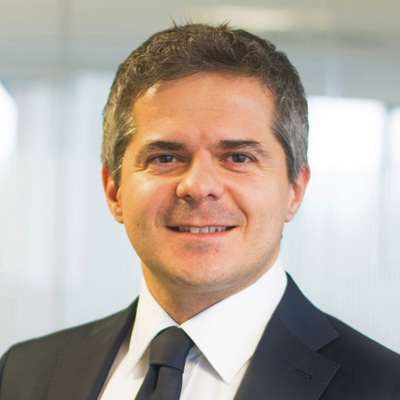