How are motor manufacturers differentiating themselves in a mature market?

There have been a lot of developments in the industrial motor market, as suppliers are more actively pursuing merger and acquisition opportunities and seeking new ways to differentiate their value-add.

There have been a lot of developments in the industrial motor market, as suppliers are more actively pursuing merger and acquisition opportunities and seeking new ways to differentiate their value-add. IHS Markit will be publishing reports on the markets for medium-voltage and low-voltage motors this year, and these studies will highlight some key insights into how the market leaders in motor manufacturing have recently taken steps to remain competitive in a market that has become heavily commoditized.

Sumitomo Heavy Industries Ltd (SHI), a Japanese company that generated revenues of over $7 billion in 2017 and employs 20,000 people worldwide, has made notable acquisitions recently that can further establish itself as a technological leader in the industrial automation market.

Just recently, SHI announced its acquisition of Lafert Group on June 25th. After the sale, Lafert will become part of SHI’s Power Transmission and Controls division, where they will lead the R&D, global sales, marketing, and engineering activities of all motors manufactured in its production facilities in Italy, Slovenia, and China. To ensure a smooth transition as well as hit forecasted growth goals, their current top management will continue to be engaged, so no major operational changes are expected in the near-term.

This acquisition advances SHI’s expansion strategy in the electric motor market by establishing itself as a global presence for low-voltage (LV) motors. Lafert is already a market leader in Europe, and is known as one of the technological leaders in energy efficiency, so the combination of Lafert and SHI’s presence in Europe and Asia, respectively, will be a boon to both groups. Lafert stands to benefit from SHI’s robust financials to support its growth strategy. In addition, Lafert will be able to expand its product portfolio with the wide range of industrial and precision gears, higher frame size asynchronous motors (180 mm – 250 mm), as well as utilizing an existing SHI plant in Vietnam that can be used to manufacture induction motors. Through this acquisition, SHI is targeting markets focused on general industrial automation including HVAC/R applications, air technologies, material handling, robotics, textiles, and food & beverage industries.

It will be interesting to watch Sumitomo over the next few years to see if its investments in disruptive motor technology will significantly alter the competitive environment.

Wolong Electric Group Co., a Chinese holdings company worth over $2 billion and with over 15,000 employees, finalized the purchase of General Electric (GE)’s electric motor division on July 3, 2018. Wolong already has a history of acquiring businesses outside of China in order to build up market share across other regions, but this acquisition will be its first US-based motor company.

The GE division will continue to be managed as a separate business and eventually fully integrate with the rest of Wolong in the coming years. The acquisition provides Wolong advantages including an expansion to its motor portfolio such as hollow shaft and drilling motors, access to NEMA-purposed machinery, and most importantly a stronger footprint into the North American market and distribution channel.

This acquisition will also benefit the GE division, as they will be joining a parent company more specialized in the motor and drive markets that can provide more funding and support, as well as a focus on operational and internal efficiency.

Vietnam could be a new horizon for motor suppliers

As companies have historically looked to offshore labor in order to cut costs, many companies have looked to Asia as a manufacturing hub. As China has grown to be a popular option, it has become increasingly difficult to do business there due to issues regarding government rezoning as well as fears of intellectual property theft and rising wages, to name a few.

Back in September 2007, Toshiba opened a new plant in Dong Nai, Vietnam to manufacture industrial motors. This slowly began a trend of other companies following suit, as Vietnam has become a more attractive option for manufacturing. What makes Vietnam so appealing is that its government strongly encourages outside investment and allows outside companies to purchase and own plots of land. On top of that, Vietnam has a more favorable tax rate for businesses compared to other popular options such as Thailand and Malaysia. Vietnam also has an established industrial base due to past Russian investments into oil production, which provides other industrial companies with a healthy pool of skilled labor.

Just recently, Wolong Electric Group Co. opened a new factory in Vietnam on June 1, 2018, and TECO announced its plans to open a new facility this year as well. TECO plans to move part of its production capacity to cut labor costs and support forecasted demand for its new Very High-Power Density (VHPD) motor. The new plant is expected to produce 300,000 small motors per year and become a manufacturing hub for the Southeast Asian markets.

IHS Markit expects more consolidation among electric machinery companies in general over the next five years. This is not limited to just motor companies acquiring competitors, but also purchasing companies with complementary portfolios in the industrial automation industry, such as motor controls, service companies, and even motor-driven equipment providers. Since the LV motor market has become standardized, companies will continue to find ways to differentiate themselves from the competition to find their unique selling point. Whether it’s through acquiring companies investing in cutting edge technologies, expanding their portfolio and geographic reach, or simply finding opportunities to cut costs or provide after sales support, it’s quite apparent now that the motor market is changing much more rapidly than suppliers have had to adapt to in past years.

As the industrial internet of things continues to permeate into all industrial automation, markets such as motors, drives, and related equipment will evolve at an increasingly rapid rate. These topics will be reviewed thoroughly in the upcoming edition of the IHS Markit studies: “Medium-voltage Motors Report” and “Low-voltage Motors Report”, publishing in July and August 2018, respectively. If you have any questions regarding these reports or would like to participate, please reach out to Ivan Campos at Ivan.Campos@ihsmarkit.com. 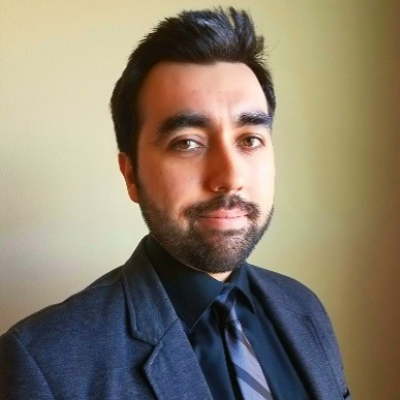 Ivan provides analysis on developments in the manufacturing technology sector. His primary focus areas at Omdia include market research on the low voltage motors and motor-driven equipment markets.

Prior to joining Omdia (formerly IHS Markit) in 2018, Ivan worked at SHI, a large corporate reseller of compute solutions to Fortune 1000 companies. He was an account executive who worked closely with the firm’s IT systems. Ivan has a bachelor’s degree in marketing with a minor in management information systems from the University of Texas at Austin.