BOE’s share of FPD production capacity in 2019 is projected to rise to 17.7 percent, edging out LG Display for the first time ever, according to IHS Markit (Nasdaq: INFO), a world leader in critical information, analytics and solutions. BOE in 2019 will expand FPD production capacity to more than 59 million square meters as it ramps up production at its B9 Gen 10.5 LCD factory and its B11 Gen 6 flexible AMOLED fab.

With plans to build even more LCD and AMOLED factories, BOE will solidify its leadership position in the coming years, with more than 78 million square meters of capacity and a 21 percent market share in 2023, 30 percent more than any other manufacturer. This represents rapid progress from just a 10 percent market share four years ago, with capacity rising at a compound annual growth rate of 15.7 percent during the period from 2015 through 2023. 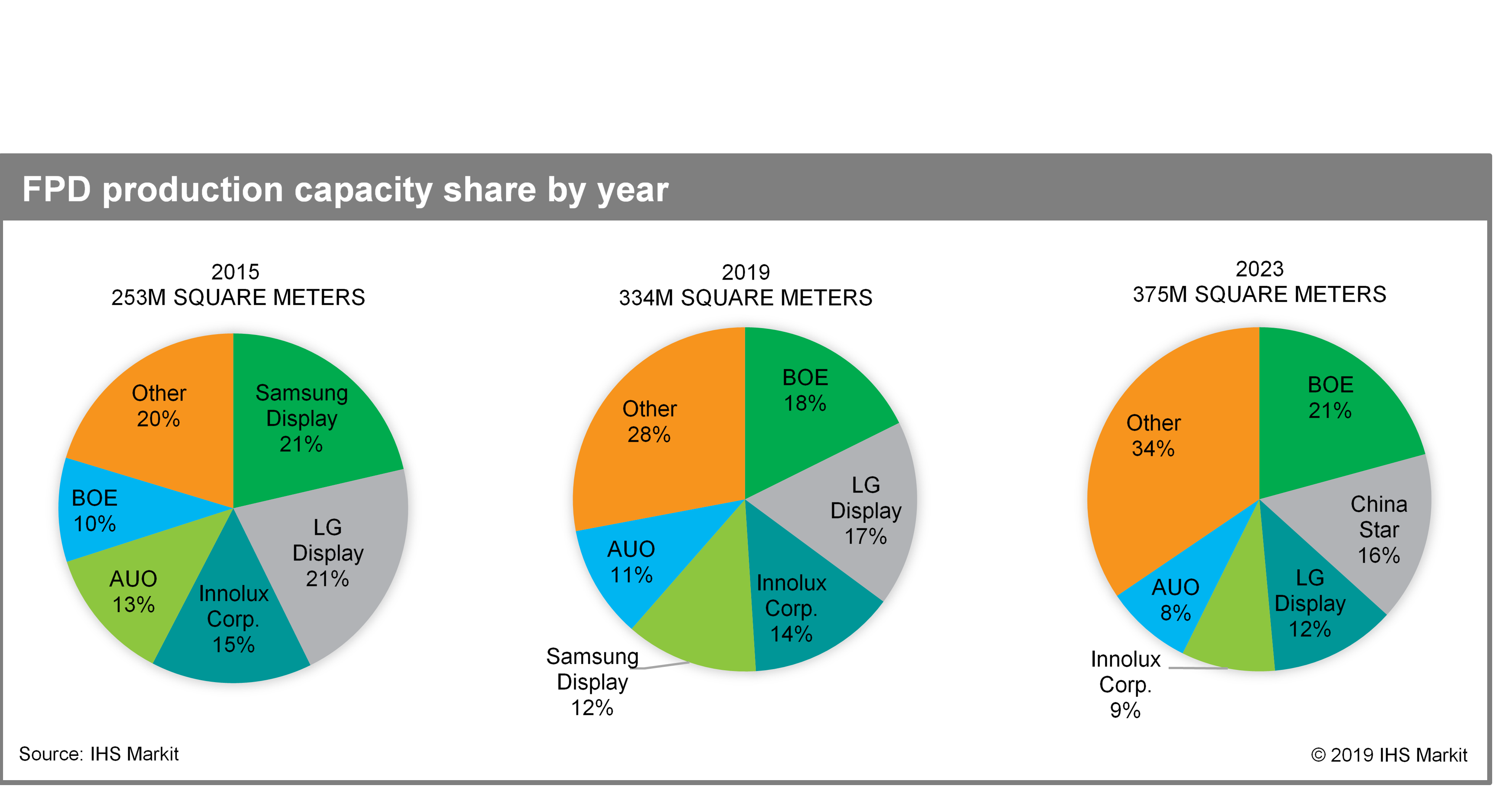 Before 2011, China’s front-end FPD production capacity was negligible, while Korea accounted for almost 50 percent of the global market. However, backed by wide-ranging central government policy support and regional government financial assistance, China rapidly increased its share to 23 percent by 2015.

In 2019, China’s capacity has risen to more than 153 million square meters or 46 percent of the total, compared to 24 percent for both South Korea and Taiwan, according to the AMOLED and LCD Supply Demand & Equipment Intelligence Service by IHS Markit.

With five Gen 10.5 factories expected to be in full production by 2023, China will control FPD production, with 62 percent of worldwide capacity, almost four times as much as any other region.

“Chinese companies originally focused on assembling modules and sets, but over time they’ve climbed the display value chain to full LCD production—and now they’re aggressively pursuing OLED manufacturing,” said Charles Annis, senior director at IHS Markit. “BOE, for example, produces high volumes of almost every size and type of LCD, and is shipping millions of flexible AMOLED smartphone panels monthly from its B7 Chengdu factory. On top of that, the company is either producing or has plans to pursue alternative technologies, such as OLED on silicon, electrophoretic displays (EPDs), white OLED (WOLED) and inkjet-printed OLED TVs and augmented reality/virtual reality displays. BOE’s goal is to lead not only in display production, but also in technology.”

Korean and Taiwanese panel makers are facing challenges trying to compete with the overwhelming capacity advantage that China now possesses and are rearranging their businesses to concentrate on unique and higher-end applications.

For Korean suppliers, this means focusing on AMOLEDs, where they still maintain considerable advantages in both capacity and manufacturing technology.

LG Display remains the only company that’s mass-producing OLED televisions. Even with many demonstrations by other panel makers, none are expected to commercialize their OLED TV technologies before 2021 at the earliest.

“Despite still playing catch up in some advanced FPD technologies, China’s and BOE’s dominant position in the FPD industry is already solidified,” Annis said. “At this point, not even politics and severe trade friction between the U.S. and China are likely to alter this fact.” 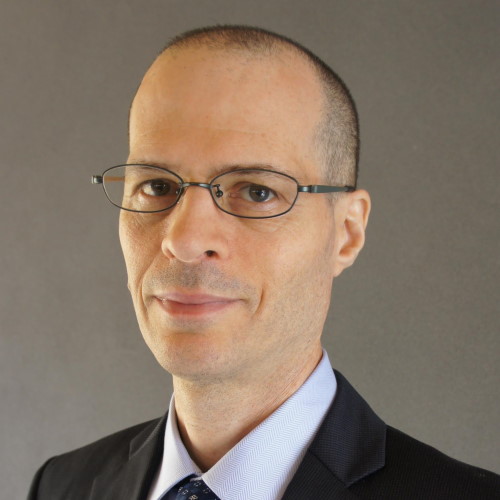 Annis is the primary contributor and editor of the AMOLED and LCD Supply Demand & Equipment Intelligence Service, has authored numerous technology and market reports, and has conducted hundreds of consulting projects.

He has worked continuously as a display analyst since 2003 at multiple companies that have now all been integrated into Omdia. Before that, he served as strategic marketing manager at Photon Dynamics (now Orbotech) and as business development manager for SAMCO International.

Annis holds a master's degree in business law from Ryukoku University in Kyoto, Japan, and a bachelor's degree from Pomona College in Claremont, California, US.