Following two years of expansion, the global microcontroller (MCU) market is set to stall in 2019 because of a combination of factors, including a downturn in the wider electronics industry and rising geopolitical tensions.

Following two years of expansion, the global microcontroller (MCU) market is set to stall in 2019 because of a combination of factors, including a downturn in the wider electronics industry, rising geopolitical tensions and slowdown in sales to the automotive business.

MCU market revenue for 2019 is expected to rise 0.2 percent compared to 2018. This represents a far better result than the larger semiconductor business, which is set to post its worst performance in a decade in 2019, with a 7.4 percent drop in sales. However, it’s a considerable letdown for MCUs compared to their 13.6 percent growth in 2017 and their 5.4 percent increase in 2018.

MCU market growth is being affected by the same factors buffeting the wider semiconductor business.

Before 2019, the semiconductor industry was booming, with a compound annual growth rate (CAGR) of 11.7 percent from 2015 through 2018. The excitement surrounding new technologies such as artificial intelligence (AI) and automotive advanced driver assist systems (ADAS) triggered tremendous amounts of activity in the chip business, attracting new competitors and spurring the creation of numerous new products—like application-specific integrated circuits (ASICs) targeting the automotive area.

However, the geopolitical situation has negatively impacted automotive chip demand.  The result of this sales decline is a buildup of excess chip inventory, which must be worked off throughout 2019. This will force suppliers to reduce production and cut prices to liquidate their stockpiles.

The year 2019 began with the longest government shutdown in the history of the United States. Then came increasing signs of an economic slowdown in mainland China—the world’s largest MCU market. Meanwhile, tariff-and-trade battles between the United States and mainland China have added to uncertainty in the market

The automotive market dropped overall in 2018 and is continuing to decline into 2019.  With the automotive industry accounting for more than 30 percent of the global MCU market, this market stall is driving an expected 3 percent year over year decrease in automotive MCU revenue for 2019.

Despite the current industry, economic and geopolitical issues, the semiconductor and MCU markets are expected to return to normal growth in 2020, with a revenue expansion of 4.9 percent for the year. 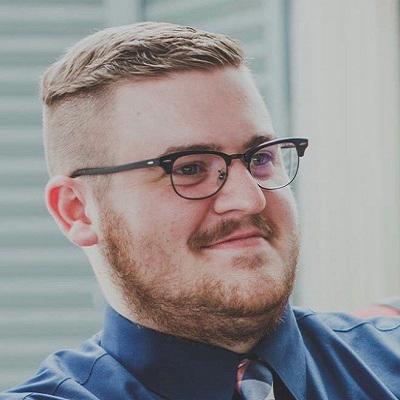 Prior to joining Omdia, Chris worked as a business analyst at Ericsson. There, he worked with the sales operations team on hardware forecasting, order processing, and business report automation. Chris holds a Bachelor of Science degree in electrical engineering from the University of Texas at Dallas.