What lies at the Industrial Edge?

The idea of Industrial Internet of Things (IIoT) is not new, and has evolved over the last few years. The drive towards connectivity within the industry has led to the generation of an enormous volume of data that could open new business avenues for the companies, if processed correctly.

Industrial Internet Consortium (IIC) defines ‘edge’ as a boundary between the pertinent digital and physical entities, delineated by IoT devices. In other words, ‘edge’ is the border between the Operational Technology (OT) and Information Technology (IT) worlds. In the world of manufacturing technology, this topic has gained significant importance. In this short piece, we will try to explain ‘Industrial Edge’ to our readers.

The idea of Industrial Internet of Things (IIoT) is not new and has evolved over the last few years. The drive towards connectivity within the industry has led to the generation of an enormous volume of data that could open new business avenues for the companies if processed correctly. One approach of analysing data is by transferring it to the Cloud, but this approach has some intrinsic issues. Firstly, manufacturers generally have concerns about data security, and they are adamant about not transferring their data to the cloud. Secondly, even if they are convinced, the data transfer to and from the cloud can be time-consuming and requires greater bandwidth. The alternate approach makes use of the superior processing power of present day devices and allows for a hybrid approach where mission and time-critical analyses are performed at the edge; the rest of the data is analysed in the cloud.

This approach offers a number of benefits:

The figure below depicts the modern pyramid of automation where the data is flowing between the endpoint devices and the cloud via edge. As seen in the figure, edge networking devices provide a fair trade-off when it comes to privacy, latency, energy consumption, processing power, cost of data communication, and is also well-suited for AI applications. 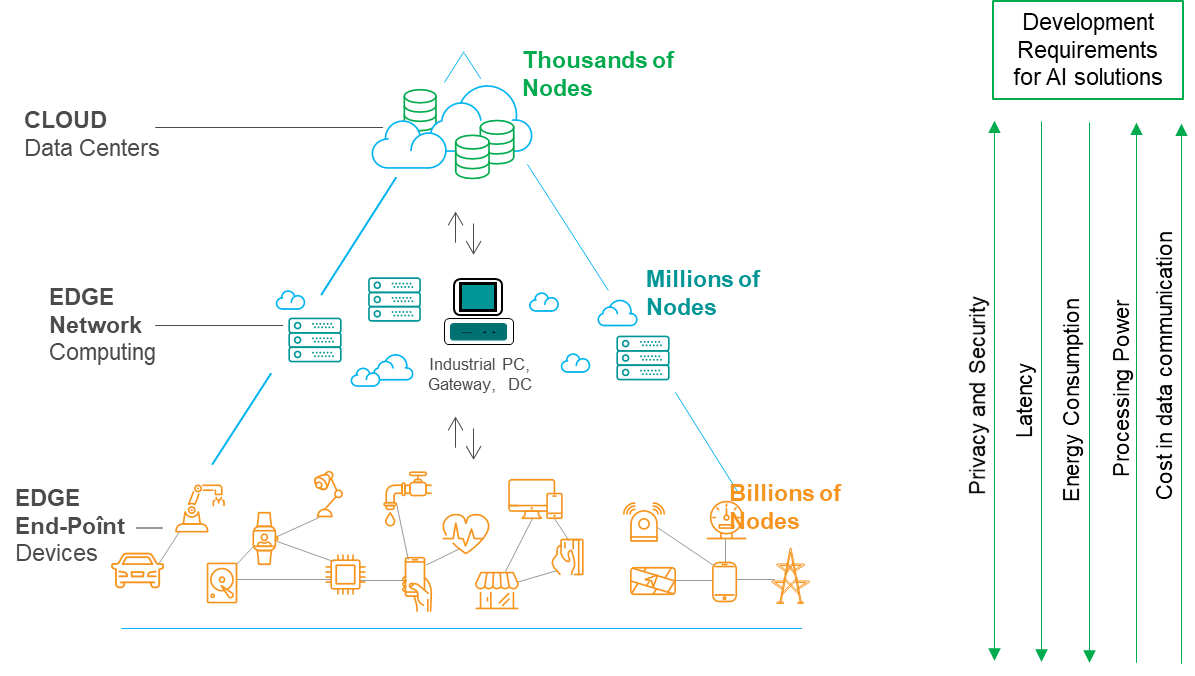 Traditional IIoT gateways and IPC based gateways are the edge devices that are being increasingly employed at the edge because they not only connect OT with IT, but also have the capability to filter and aggregate the data. According to the preliminary numbers from the Industrial Edge Networking Components research conducted by IHS Markit, IIoT gateways and IPC based gateways (edge gateways) had a global sales revenue of about $170 million in 2018, which is expected to reach $830 million by 2023. 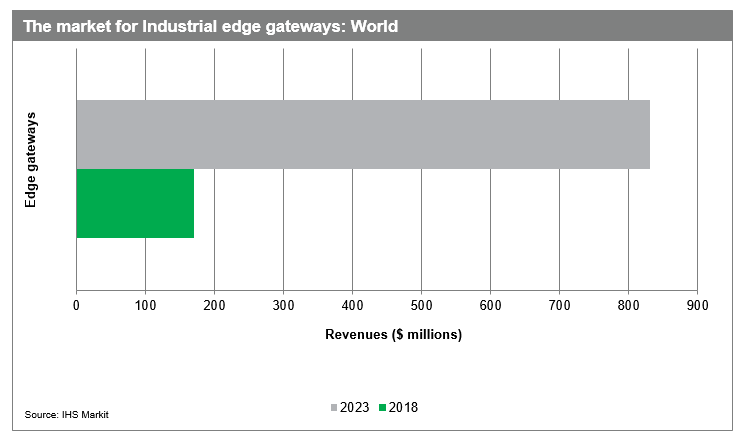 Despite all the advantages of the industrial edge devices, it won’t be taking over the cloud by any means. However, the edge and cloud will work in tandem to deliver the true value of data analytics to the users. Edge will serve as the building block for creating an intelligent ecosystem in the field of manufacturing and will open new possibilities to make use of data analytics.