HMD/Nokia is keeping the focus on the emerging markets

HMD/Nokia’s announcement at MWC ‘19 clearly defines the strategic focus of the company for the coming year, which is the expansion of their presence in the emerging markets, building on its existing brand image and cooperation with Google.

HMD/Nokia is keeping the focus on the emerging markets – four new budget phones are launched at MWC event.

HMD/Nokia’s announcement at MWC ‘19 clearly defines the strategic focus of the company for the coming year, which is the expansion of their presence in the emerging markets, building on its existing brand image and cooperation with Google.

The first new introduced phone is a Nokia 210 featurephone with Nokia Series 30+ mobile platform. The phone has a robust design with 2.4QWGA display, dual Sim and removable 1020 mAh battery. The device will be available from March in three Nokia colors for the average retail selling price of $35. With this price Nokia 210 will be well equipped to defend its position against other feature phone brands such as Transsion, Miromax or Alcatel.

The second announced phone priced under $100 is Nokia 1+ , the replacement of the Nokia 1, the best sold smartphone in HDM/Nokia’s range in 2018, according to ”Smartphone Model Market Tracker” database of IHS Markit .

The phone with Android Pie Go edition has the larger 5.45” FWVGA IPS 18:9 display, 1GB RAM and 6GB ROM and appealing 3D nano pattern cover design. With the price tag of $99, slightly above the Nokia 1 version with a $85 introductory price, the phone is targeting the entry level smartphone device for the users in emerging regions.

The main attention and investments of HMD/Nokia enjoys more profitable price segment of $100-$200. According to HDM/Nokia, this is the most important segment with the most demanding consumers. Majority of Nokia sets sales are within this price segment, according to the Smartphone Model Market Tracker.

Here HMD/Nokia released two devices: the new version of the 3 series and the first 4 series phone, named 3.2 and 4.2 for consistency. These series not only received essential updates on size and design, getting one new pink sand color, but also introduced such novelties as “breathing” LED notification and Google Assistant button. Both phones feature 2.5D glass design with metal internal structure and polycarbonate frame, AI Face unlock, FPS and NFC sensors.

3.2 has a 6.26” HD+ display and will be available from  April at the average retail price of $139, the new 4.2 with 5.71” HD+ display comes into the market in April at $169. These devices are targeting consumers in emerging regions, but also in developed market. They will be HDM/Nokia’s fighter models to compete with Chinese brands and lower range of Samsung phones.

Somehow apart from those announcement HMD/Nokia released the long awaited penta-lens Nokia 9 PureView flagship phone. The new phone is officially dedicated to computational imaging photography and has 5 cameras with Zeiss optics on its back, which are fully integrated in the back cover without any bump. The camera configuration is developed in collaboration with technology of a company called light. All five cameras are used simultaneously for every single picture. The technology enables independent control of all cameras at different exposure levels and fusion of the captured images. Three of the cameras have monochrome lenses and two further RGB. Monochrome sensors are enhancing the depth control, as they are capturing 2.9 times lighter than common RGB sensors. The main benefits of this set up is high level of light, depth and texture and noise reduction, especially while shooting in the dark. Nokia 9 Pure View offers the possibility to capture images in uncompressed DNG format and to edit them with Adobe Lightroom.

Among others premium features of the phone are 5.99” QHD PureView pOLED display with HDR 10 support, under-display fingerprint sensor and notch-less design, wireless charging, all of them are meanwhile standard for the flagship phones in this price range. The phone is IP68 water and dust resistant. Rather than attract the main market customers, HMD/Nokia seems to present own technical developments potential as well as the results of cooperation with partners. The 6GB/128 version of the phone will be available for global average price of at $699 in Midnight blue color.

All in all, with new announcement HMD/Nokia is working on strengthening and expanding its position in emerging markets, targeting to break into the extremely competitive lower smartphones end segment of developed market with its 3 and 4 series phones. The flagship phone demonstrates the potential of HMD/Nokia developments and collaborations and addresses specific photography dedicated customers rather than the main consumers’ market. 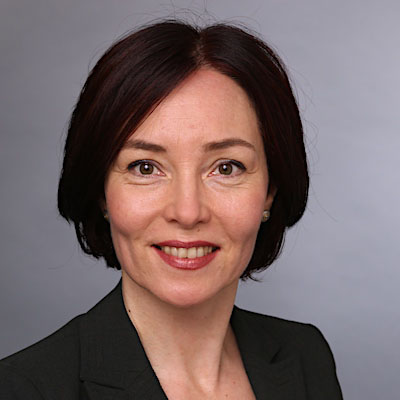