IHS Markit predicts that the interventional X-ray market revenue will grow at a CAGR of 4.8% from 2018 to 2022. 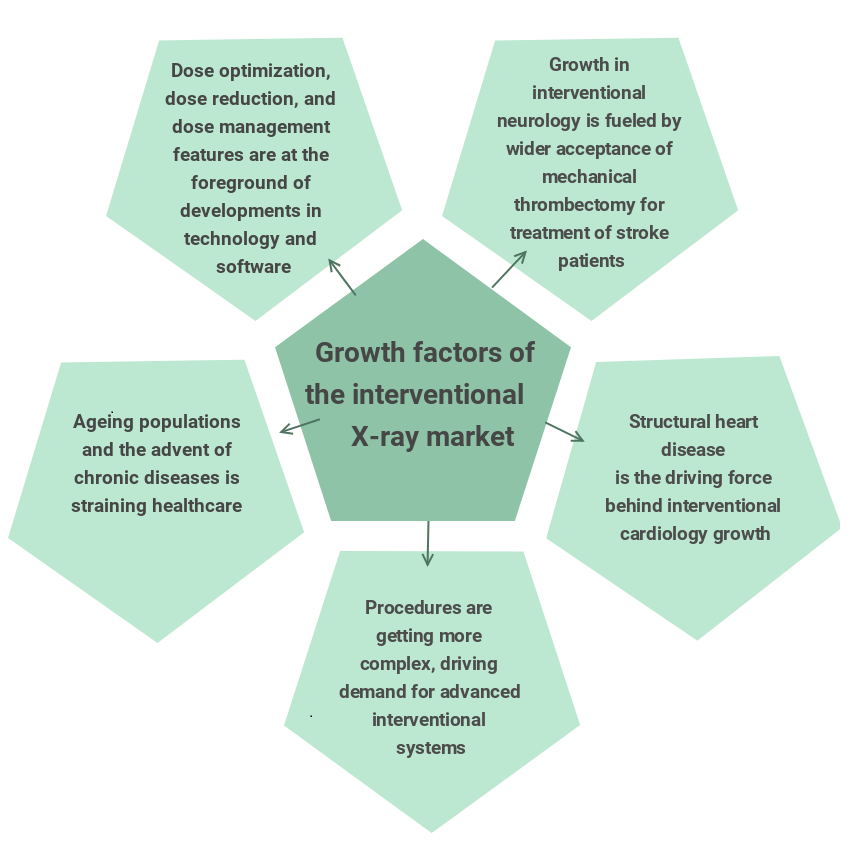 2017 was a year of innovative product launches and next generation image guided therapy systems, most of which had been exhibited beforehand at RSNA 2016. Four new angiography systems were launched in 2017 to improve workflow, image quality and interventional procedural guidance. Two of the biggest launches in the angiography market included the release of the Siemens Artis Pheno and Philips Azurion systems, both of which had received U.S. Food and Drug Administration (FDA) clearance in early 2017. Canon Medical Systems exhibited its newest angiography system, the Infinix-i Sky +, at RSNA 2016 with complete roll out in 2017. Shimadzu Medical Systems also introduced its Trinias Unity interventional X-ray system at the 2017 Transcatheter Cardiovascular Therapeutics (TCT) meeting.

Overall the competitive market share rankings had remained fairly static from 2016 to 2017 amongst leading competitors, with slight changes in rankings at a product level. 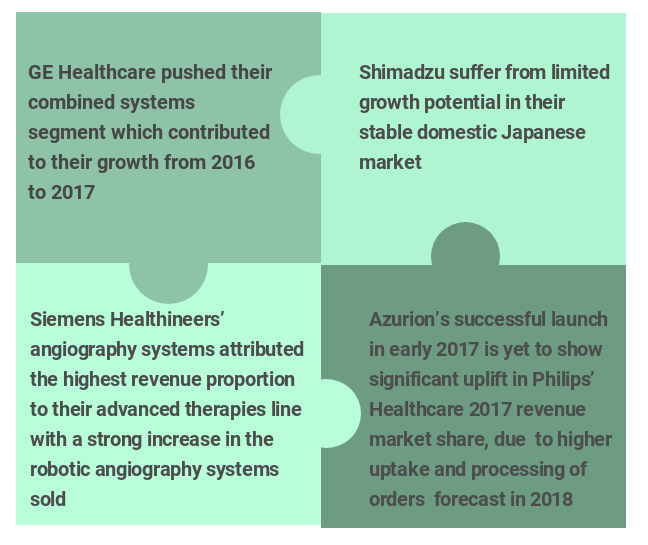 2017 was the primary year of significant product launches in the interventional X-ray market, with extensive pending orders yet to be processed as revenue for suppliers, a shake-up in competitor share is expected in 2018 and 2019. The success and positive uptake of market leading angiography technology is forecast not only to grow Philips Healthcare and Siemens’ Healthineers revenue, but increase the product share of hybrid operating rooms from 2018 onwards. 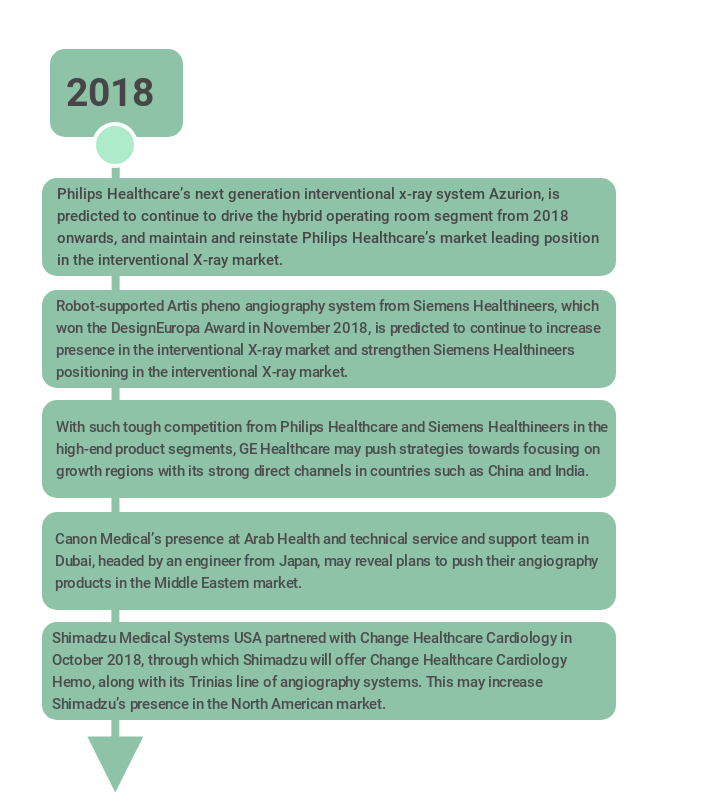 2018 will be a year when 2017 interventional X-ray product launches will be well established and integrated in the market and a shake up in the market is expected. Will company revenue growth be attributed to uptake of newly developed high-end systems, or will success lie in securing high order tenders for the low-end, emerging market?