Mobile credentials are finally becoming mainstream, but they won't replace their physical counterparts

The market for mobile credentials will experience explosive growth...

Over the past decade, access control vendors have promoted the introduction of mobile credentials as a revolutionary technology that will accelerate the adoption rates of cutting-edge equipment in facilities worldwide. Mobile credentials consist of virtual data that are downloaded onto smartphones, and they can be utilized as alternatives to traditional physical credentials such as ID cards and badges. This credential data can then be delivered by the user’s smartphone to a mobile-capable reader through Near-Field Communication (NFC), Bluetooth, Wi-Fi, or cellular transmissions.

Access control systems have been among the last to embrace the capabilities of mobile technologies. Security professionals have generally been more cautious to embrace new trends, as any unforeseen complications introduced by new products could threaten to introduce critical security vulnerabilities.

Through 2023, the private commercial sector (including hotels and office buildings) will continue to dominate the market for mobile credentials with over a 90% share of the total market size. Universities and other educational facilities will represent over half the remainder of the market, and penetration rates will remain relatively low in other vertical markets. A more notable transition will occur regionally, as the Asia Pacific region will supplant North America as the largest regional market for mobile credentials by 2023. China and India will spark this shift with their massive populations and rapidly growing economies. The Chinese market for mobile credentials alone will constitute nearly 75% of the Asia Pacific region’s total annual downloads of mobile credentials by the year 2023. Meanwhile, India is one of the few remaining global markets where smartphone sales are expected to experience robust growth, with the market size expected to nearly double to over 800 million users by 2022.

This anticipated market shift has led many vendors to redirect their focus to introduce new hardware and software products that are compatible with mobile credentials. Global unit shipments of mobile-capable readers, such as iCLASS Seos and MIFARE DESFire readers, increased nearly 20% between 2017 and 2018. Manufacturers are also offering inexpensive Bluetooth modules that can be installed to add mobile technology compatibility to older models of access control readers.

Cybersecurity and privacy concerns have limited the widescale adoption opportunities for mobile credentials. A vast majority of organizations do not provide building occupants with approved smartphone devices, and entrants are expected to download mobile credentialing applications onto their own personal devices. The use of an entrant’s personal smartphone introduces a cybersecurity risk to the building owner, as unapproved third-party devices could introduce viruses to an organization’s IT infrastructure. An even greater concern is that a hacker or another malignant actor (such as a disgruntled employee) could exploit network vulnerabilities through their own unsecured and unmonitored devices.

Meanwhile, building tenants have expressed concerns that organizations may utilize mobile credential applications to track behavior and collect personal data stored on their smartphones. Many occupants have preferred to retain their physical credentials to avoid possible exposure of personal information, in spite of assurances from mobile credentialing application providers that this information would be protected.

This annually updated service examines the global market for access control equipment with base year totals and five-year forecasts for over 40 equipment types across 15 industries and 35 sub-regions. The main database report for the service analyzes the significant trends, threats and opportunities for growth affecting the access control market through 2023. Granular analysis is provided for market conditions impacting the sales of readers, control panels, credentials, electronic locks and access control software.  The Access Control Intelligence Service also includes two market briefs during the year on key industry topics, as well as two sub-regional deep dives into specific country markets. 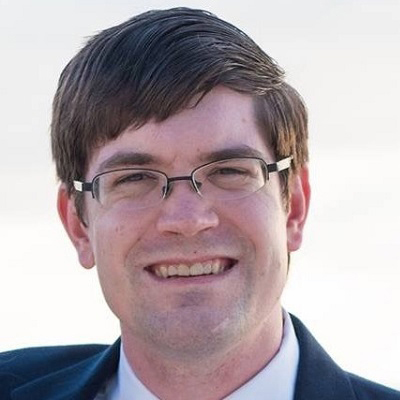 Bryan is an analyst for Omdia’s (formerly IHS Markit’s) physical security group and is responsible for the content of Omdia’s Access Control Intelligence Service. He joined IHS Markit in 2017 and has previously written reports covering the building automation equipment, HVAC equipment, physical identity and access management (PIAM) solutions, and smart buildings markets. Bryan is based in Denver, Colorado, US.