Impacted by softening markets and rising uncertainty in global trade and economy, semiconductor spending of the world’s top OEMs will face the steepest decline in a decade. IHS Markit estimates that worldwide top OEMs semiconductor spending in 2019 will amount to $316.6 billion, down 7% from 2018. The decline came following two years of double-digit growth, which pushed the served available market (SAM) to its highest level ever at $340.2 billion last year.

Impacted by softening markets and rising uncertainty in global trade and economy, semiconductor spending of the world’s top OEMs will face the steepest decline in a decade.

According to the latest report, OEM Semiconductor Spend Tracker - H1 2019, IHS Markit estimates that worldwide top OEMs semiconductor spending in 2019 will amount to $316.6 billion, down 7% from 2018. The decline came following two years of double-digit growth, which pushed the served available market (SAM) to its highest level ever at $340.2 billion last year. The semiconductor spend market is at an inflection point, where component demand is transitioning from being driven by mobile device being propelled by industrial and automotive applications.

Because of demand saturation in China, North America, and Western Europe, global smartphone shipment is expected to continue its decline in 2019. In addition to factors such as longer device replacement cycles, indifference and sluggish device innovation, and consumers holding off for 5G transition, intensified US-China trade and technology tensions are adding burden to the already softened smartphone market. Apple’s iPhone shipments and market share in China have dropped consistently every quarter since the trade war kicked off last year.

The rapid development of cloud based services has driven tremendous demand increase for data center servers over the past years. However, a slowdown in demand in the first half of the year will potentially weigh down on server’s chip spending growth in 2020 as content service providers delay investments due to slow digestion of hyperscale servers and poor macroeconomic conditions in China. Data center servers make up about 29% of total DRAM revenue and IHS Markit expects with the shipments of server begin to pick up by end of the year, semiconductor spend market will slightly improve and progress strongly into 2020 with robust growth.

Against the backdrop of slowing demand and excessive inventory built-up, DRAM pricing is estimated to drop 39% in 2019. As a result of pricing erosion and weakening demand from top spending drivers such as data center servers and handset, IHS Markit forecasts that DRAM spending will plunge 22% to $47.4 billion this year as compared with last year’s immense 29% increase.

The NAND market is also facing severe oversupply and softening demand issues, which will drag the average selling price down 48.5% this year. Enterprise and client SSD demand weakness along with stagnant handset demand will result in NAND flash spending decline of 16.4% to $32.1 billion this year.

However, factors such as Japan export ban and new Chinese NAND fabs will introduce new uncertainties to the already volatile memory IC market. The Japanese government has imposed export restrictions on key semiconductor materials supplied to South Korea, threatening the stability of DRAM and NAND supplies dominated by two Korean memory IC giants – Samsung Electronics and SK Hynix. On the other hand, a small disruption on the memory IC market is expected as major Chinese NAND manufacturer, Yangtze Memory Technologies (YMTZ) begins mass producing 64-layer 3D NAND flash chips by end of 2019. Nevertheless, if YMTZ can fulfill the planned output of 60,000 wafers per month in 2020, this will likely impact NAND flash market prices as pricing competition among NAND players will escalate.

For the first time since the beginning of the forecast period, the joint semiconductor spend of the top-20 OEMs will contract from $213.7 billion in 2018 to $191.2 billion this year – representing a spending share reduction from 62.8% to 60.4%. Most of the top semiconductor buyers are also top smartphone and server makers, whose chip spending are significantly impacted by softness in these markets. Market leader Apple will cut spending by 15%, while Samsung Electronics, Lenovo, Huawei Technologies, and Dell Technologies will reduce expenditure by 23%, 9%, 13%, and 10%, respectively. Conversely, only five out of the top-20 OEMs will maintain a positive chip spending growth.

The influence of Chinese OEMs on the semiconductor spend market has increased significantly as there are now five major players from China such as Lenovo, Huawei Technologies, Xiaomi, OPPO, and Vivo joining the top-20 line up, together with a combined spending of $53 billion, up two-fold from just $25 billion in 2014. This massive demand expansion and rising trade uncertainty will accelerate China’s domestic semiconductor industry development in order to improve self-reliance and boost its competitiveness in the lucrative semiconductor market which is poised to grow rapidly post 2020 as next wave of opportunities arrive.

Although new 5G infrastructure and 5G smartphones will generate demand for semiconductors, the semiconductor industry is expected to only rebound moderately next year as consumer adoption will take time to pace up. However, once economy of scale comes into effect, the devices and network service will become cheaper hence boosting adoption rates further.

With the vast amount of data generated from 5G related applications and the launch of a slew of new 5G services and contents, capital investments in data centers will increase in a move to support and monetize from the rapid growth of 5G service ecosystem. IHS Markit anticipates that demand will improve significantly for the top server OEMs, hence raising overall data center server semiconductor spend by 13% in 2020 while pushing its spending share up to 8.4% from 7.8% in 2019.

Even though the semiconductor market outlook for 2020 appears to be positive with the confidence of 5G emerging as the key growth driver, the risk of further escalation of trade dispute not just between the US and China but also Japan and South Korea will weigh down on the semiconductor market’s recovery and push the manufacturing and semiconductor supply chain industry further into a quandary. Whether it’s to relocate or diversify production out of China to Southeast Asia nations or to forage for new semiconductor materials sources, the afflicted parties in the supply chain must rethink and re-design their strategies in order to better manage the risk of being impacted by the new world order of semiconductor that is presently being shaken up. 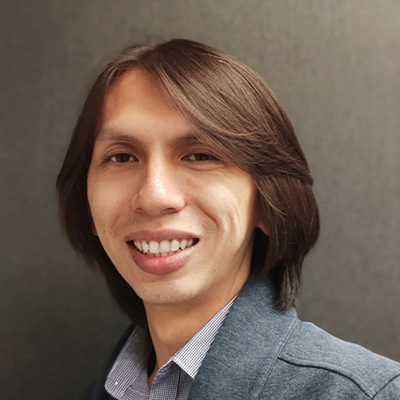