Battling economic headwinds and debilitated markets, the semiconductor industry saw revenue worldwide decline by the double digits percentage-wise in the first quarter of 2019, with the outlook for the rest of the year looking equally discouraging.

Battling economic headwinds and debilitated markets, the semiconductor industry saw revenue worldwide decline by the double digits percentage-wise in the first quarter of 2019, with the outlook for the rest of the year looking equally discouraging.

Global semiconductor revenue for the first three months of 2019 amounted to $101.2 billion, down 14.2% from the fourth quarter of 2018, IHS Markit data show. The sequential contraction was the second straight quarter of loss for the chip industry after revenue dipped 10% in the third quarter of 2018. Before that, chip revenue had enjoyed an unbroken string of expansion every quarter dating back to 2016.

IHS Markit now anticipates an extremely difficult year in store for the entire semiconductor industry and the pure-play foundry market. Total semiconductor revenue is expected to reach $425 billion in 2019, down 12.5% from year-ago levels, as shown in the graph below. In 2018, global chip revenue had risen 12.9%; a year earlier in 2017, revenue had surged 21.2%.

The dim prognosis that extends throughout this year is a result of a confluence of maleficent factors—excess inventory, a slowing global economy, and a softening in the wireless market that forms a principal revenue stream for the chip industry—which will be difficult to surmount.

Industry prospects will turn around next year with global chip revenue forecast to experience a modest recovery, IHS Markit data show. The recovery will be driven by technological advancements such as 5G, in which high-speed, high-efficiency semiconductors will be needed to support the very-high data rates and low-latency capabilities of the next-generation mobile standard.

The first half is done, but what now for the second half?

The semiconductor industry is entering the second half of 2019 with abject uncertainty. How much revenue the global chip industry stands to book for the year will depend in large measure on the depth and extent of the tariffs imposed by the United States and China as each side tries to punish the other.

Chip industry revenue will also depend on how an already saturated handset market—a big buyer of semiconductors—will fare for the rest of 2019. Historically, the second half of the year is the time when foundry suppliers focus on delivering components to support handsets. However, the US-China trade war is causing massive disruption and chaos. If tariff and other trade issues are not resolved, the semiconductor industry will very likely suffer a significant decline in revenue when the year finishes, especially as companies continue to face uncertainty in demand and are unable to project forthcoming sales.

Yet another headache for semiconductor manufacturers is excess inventory throughout the supply chain, which will likely have a substantial impact on manufacturing run rates during the second half of 2019. IHS Markit had anticipated a decline to take place in component inventories for the first quarter, but this was not the case because inventory dollars rose 6.4%. And while manufacturing run rates are anticipated to decline, the consumption of existing inventory remains a critical issue. Given the high degree of uncertainty in end-market demand, it is very possible that component demand may not materialize at this time, defying historical patterns.

If capital expenditure as a long-term indicator of the health of the industry is to be used as a measure, a negative view also emerges of the industry’s prospects. IHS Markit is now forecasting that capital expenditure for the semiconductor industry will decline 17% this year compared to 2018, with the further risk that companies may continue to pull back from any form of technology or infrastructure expansion until US-China trade issues are resolved.

Overall, IHS Markit believes a significant manufacturing correction is imminent. The combination of weak demand and disproportionately high manufacturing rates has caused the industry to be completely out of balance. As a result, the industry now finds itself in grievous oversupply.

One hopeful spot for chip manufacturers is that anticipated demand for advanced semiconductors in the second half of the year could drive overall revenue. The current forecast assumes that advanced handsets and 5G infrastructure will generate demand for 7-nanometer technology. IHS Markit is also predicting a modest recovery in server demand, which is expected to further boost calls for advanced technology.

Even so, it should be noted that the upside in the current forecast remains minimal. Conversely, plenty of potential exists for a significant downside given the dismal growth projected for the world economy, together with the ruinous long-term impact of the US-China trade dispute as it continues to play out with no immediate resolution in sight. 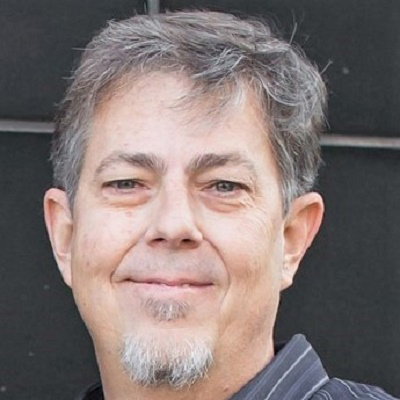 Prior to joining Omdia, Chris worked as a wafer manufacturing output manager and spent 10 years managing various aspects of the wafer-fabrication supply chain. He worked extensively with industrial engineers to improve capacity modeling accuracy. He was also responsible for forecasting and monitoring capital spend. Prior to his work in wafer manufacturing, he spent 20 years working in the central supply chain organization as a master planner, factory planner, and manager of those functions. Chris has a background in enterprise planning systems, shop floor control systems, and their integration. He holds a Bachelor of Science in supply chain management from Arizona State University.