After an impressive 2018, worldwide LED video display area shipments are expected to expand by 36.7 percent in 2019 as factors including plunging prices make them a more attractive alternative to projectors and flat panel displays.

After an impressive 2018, worldwide LED video display area shipments are expected to expand by 36.7 percent in 2019 as factors including plunging prices make them a more attractive alternative to projectors and flat panel displays, according to IHS Markit.

By 2023, area shipments will expand to about 2 million square meters and $7.5 billion in revenue.

Nearly 50 percent of LED video displays shipped this year will be installed in indoor applications, with the 2-to-4.99mm pixel-pitch category dominating the market.

The smaller-than-or-equal-to 1.99mm pixel pitch category is where most of the innovation is taking place. More brands are now venturing into this space. Sellers of projectors and legacy flat-panel displays are expanding their product lines to include fine-pixel-pitch LED video displays to cater varying customer demands.

LED video display suppliers have increased their manufacturing capacity significantly during the last few years. Competition among brands has intensified, pulling average selling prices (ASPs) lower. However, revenue growth is projected to remain positive as ASP erosion will be balanced by an increase in demand for expensive fine pixel-pitch displays.In terms of applications, public spaces remain the biggest unit and revenue contributor for the LED video display market, with a share of more than 40 percent in 2018. IHS Markit expects the public-space application to remain on top, while transportation, control room and corporate will grow at the fastest pace during the forecast period between 2019 and 2023.

LED video display manufacturers are moving toward standardization, so they are devising preconfigured and easy-to-install products to address the needs of certain vertical markets, where standard designs are preferred. These markets include corporate boardrooms, which don’t require creative designs.

Regionally, China led the LED video display market with a 34 percent share of shipments in 2018, followed by North America at 22.4 percent and Western Europe at 13 percent. These regions are expected to maintain similar shares in 2019 with North America declining slightly to 19.6 percent due to US-China tariff conflict, which led to lower-than-expected results in the first quarter of 2019.

The Chinese market is thriving because of smart-city initiatives undertaken by local governments. North America leads in terms of volume due to large outdoor sports and public-space projects, which together account for more than 50 percent of total shipments. Western Europe brings significant demand from digital-out-of-home (DOOH) projects. LED video demand in Asia pacific is split between countries with high adoption rates—including India, Australia, Thailand and South Korea—and nations that have strong growth potential.

IHS Markit expects the Asia Pacific region to expand, as established brands develop their sales structures. Shipments in 2019 are expected to rise by 70.0 percent compared to 2018. Japan’s LED video display shipments are expected to get a boost in 2019 as the country prepares for 2020 summer Olympics. 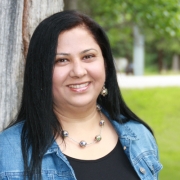 Tarika Bheda focuses on the digital signage and hospitality TV markets. She has successfully expanded the regional coverage of a diverse range of vertical markets, including hotel TV, retail signage/billboard, corporate conference room, education, transportation, control room/simulation, financial exchange, staging, and outdoor events. In addition to that, she provides analysis of technology adoption, demand forecasting, and competitive analysis. Tarika has led several syndicated and consultancy projects covering displays technologies including LCD, OLED, LED video, front projector, and rear projection. Until 2012, she worked as a research manager and analyst at Infonetics Research (now part of Omdia), where she managed and supported syndicated reports covering telecom industry, service providers, and subscriber trends analysis. She gained more than 10 years of research experience, which includes her internship at Cisco, where she managed quarterly business review of the North America region, and other strategic business planning projects. Tarika holds a B.A. and a master's degree in mass communication and public relations from India, as well as a master's degree in speech communication from San Jose State University, United States.