[Display Dynamics] The coronavirus disease 2019 (COVID-19) impact on the notebook display supply chain, as of the first week of April 2020

This analyst opinion discusses how the school and work from home order surged notebook demand, and how brands also increased their production forecast with ODM's trying to keep up with supply.

On the supply side, the labor shortage in late March 2020 is considered resolved. Although manpower did not recover completely, the ODM factory operations in general were resumed. Some components remained short of supplies, such as mechanical parts and connectors, but it was not a significant issue for set production. Overall, the recovery of the notebook supply chain was faster than expected.

However, it is still difficult for ODMs to close the shipment gap in a single month, and the March shipments might not fully meet the production forecast. As a result, some brands are concerned about the delivery and have continued to increase the production forecast to ODMs. The supply gap remains, which might include some overbooking.

As for the demand side, the quarantine has resulted in many people in Europe and the US to suddenly work from home, and children are also taking online classes instead of attending school. Therefore, the demand of notebook and tablet PCs increased suddenly as well. Consumers acquired these PCs from the retail market, especially online stores. In the past, it was usually done via the B2B channel. However, it remains uncertain whether this phenomenon is sustainable. Meanwhile, it could also drain future demand, for instance, the back-to-school purchasing later in 2020. Besides, the possible economy stagnation is another major concern.

Currently, the retailers’ notebook inventory is almost drained, and they are eager to restock; air transport will be considered favorably at this moment. In fact, since the CPU shortage took place last autumn, Intel began to subsidize air transportation for those products that transferred platforms from Whiskey Lake to Ice Lake. Although air transportation has been increasing, the citywide lockdowns could increase the logistics difficulties. It is reported that the scheduling of shipments is difficult and that the transportation costs have gone up. 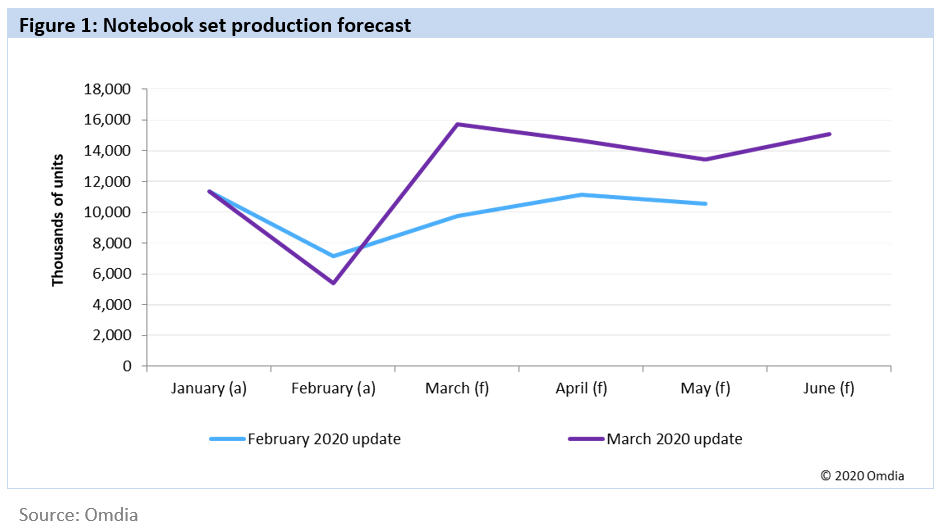 Production was poor in February 2020. The three primary ODMs shipped only about 200,000 units each. As such, HP increased the deferred shipment to March and April 2020. However, there is a risk that the orders could be beyond the capacity that ODMs have reserved for HP. The forecast for March 2020 adds up to more than 5 million units, which is higher than the historical record (4.6 million) since 2015. The strong production could continue in April and May 2020. Panel suppliers received rush orders from HP but are also being cautious as these orders could decrease suddenly once the retail market demand declines after purchasing for remote work or online learning slows down.

Dell had an urgent order and requested ODMs to prepare the materials and manpower during the Lunar New Year. The order was delivered successfully without being affected by the citywide lockdown in China. This scenario indicates that Dell is a very number-driven management. The production in April and May 2020 will remain as in the previous forecast. Besides, thanks to the disciplined supply chain management, Dell is reportedly receiving another big deal from the B2B market. The demand is solid and could lead to increased panel purchasing.

When the COVID-19 outbreak first began in China, Lenovo was considered the most affected company.  However, Lenovo's recovery is very rapid among all the brands. Lenovo’s advanced stocking-up of materials and resuming of production capacity is more aggressive and more efficient than its rivals. Although its shipments could still come up short in March 2020, it can be fulfilled before the end of April 2020. On the other hand, Lenovo is not benefiting from the current strong work-from-home demand in the US and Europe.

Senior executives claimed that the 2019 set inventory fell by 20%, which is a great improvement. ASUS reported about 12.5 million units of sell-through in 2019, while the Omdia ODM survey showed 11 million units of production, which confirms that ASUS's inventory declined quickly. ASUS executives mentioned that the current strong purchasing in Europe and the US will not benefit the company significantly but notes that its forecast in Southeast Asia is positive.

Acer is in a similar situation as ASUS, but its forecast is more conservative. Recently, there have been many discussions on the demand of Chromebooks because of the rise in online learning. it is generally believed that the government will increase its spending to stimulate the economy and that subsidies for education could be included.

Apple refreshed its MacBook Air Retina with a processor update and cut the starting price down to $1000. The pre-order was reportedly good, but in general, the global shutdown of Apple stores could slow the business.

The panel shipment forecast is positive, while being cautious about realistic sell-through

During the supply-demand discussion in early March 2020, the issues were essentially regarding production constraints, such as labor and material shortage. Based on the Omdia research, the inventory on the retail side will likely be consumed very quickly because of the slow production. However, the unemployment rate and the economic risks will be the key to long-term demand. The Omdia forecast remains the same, even now as people in Europe and the US are buying PCs for emergency purposes. Warehouses are empty and retailers want to replenish their stocks. However, the long-term demand always relies on purchasing power.

Some panel makers planned on reducing their LCD fab usage in April and May 2020 because they were concerned that panels were being accumulated on the brands’ side as a result of the slowed production. Now, the rush orders might change their minds; however, the risk will increase after June2020 because the rush demand is echoed in the supply chain and could be multiplied. 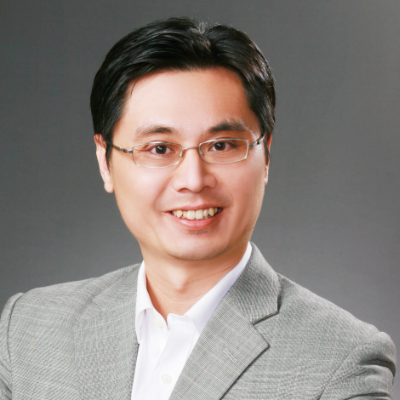