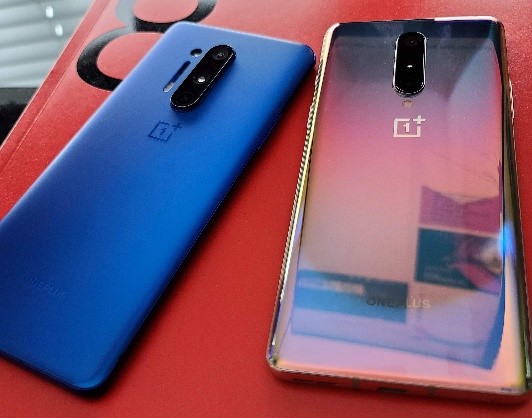 OnePlus launched two 5G-enabled devices: the OnePlus 8 and OnePlus 8 Pro. With its latest smartphones, OnePlus is further moving towards the premium segment of the market: the company is adding long awaited hardware features, while at the same time raising the entry level price point.

Building on existing differentiators, like high fresh rate displays, the company hopes that its existing user base will support the new devices, with higher prices, and that carrier expansion in the US to Verizon Wireless will attract new users from market leaders Apple and Samsung.

OnePlus has always used its “Never Settle” motto to highlight its ambition to provide flagship-level hardware and software to its users. A significant part of this equation has been, until now, the pairing of top-level components with prices below similarly equipped handsets from the competition.

OnePlus delivers, again, on the hardware specification part of the equation. The OnePlus 8 and 8 Pro feature the latest Qualcomm chips, 5G connectivity, WiFi 6 and displays with 120Hz or 90Hz refresh rate. The company is also adding technologies, which it previously did not include, wireless charging and an IP68 rating. These two features are only present on the 8 Pro.

With the cameras on the 8-series, OnePlus is somewhat bucking the latest trend to ever increasing megapixel counts and quad lens, and more, set ups. The 8 Pro features a triple camera set-up, with one lens dedicated to color filters.

With two 48-megapixel lenses and an eight-megapixel telephoto lens, with 3x hybrid zoom, OnePlus is not following the trend towards 60-megapixel and above lenses. The company is also not following OEMs like Huawei, OPPO and Samsung into the area of advanced periscope lenses to add bigger zoom capabilities to their camera systems.

The standard OnePlus 8 features a triple camera set up. A main lens of 48 megapixel, an ultra-wide-angle lens with 16 megapixel and a two-megapixel macro lens. Both devices have 16-megapixel front-facing lenses.

OnePlus has been at the forefront of bringing high refresh rate displays to the market but has been reluctant to include other technology like wireless charging, until now. The camera system is another area where OnePlus seems to take a significantly different path then the competition. With the 8-series, OnePlus is convinced of the quality of its camera set-up – the company compared its latest devices directly to the latest iPhone models. It is now up to users to verify this claim.

Compact in name only

In addition to different hardware components, OnePlus is also positioning the OnePlus 8 as a compact flagship device. Sony tried to establish a range of compact versions of its flagship devices in the past. In that case, the handset was significantly smaller in overall dimensions. OnePlus’ compact flagship still features a 6.55-inch display – the same size found on the iPhone 11 Pro Max. Many OEMs have split their flagship device families into multiple members, to address multiple price points and user segments. OnePlus’ claim of a compact design is a challenge in this context.

Pricing – Premium all the way

During its launch event, OnePlus only discussed general availability for the US and Europe, with pricing only available for the US. Other local pricing and availability details, for key markets like India, will follow. Pre-orders in some countries start right away, with first physical availability slated for the end of April.

With the 8-series, OnePlus continues to climb the pricing ladder. The OnePlus 6, for example, had an entry level price of around $530 when it launched in May 2018. OnePlus launched the 7-series in London in May 2019, with a starting price of £649, while the OnePlus 7T Pro 5G McLaren edition launched in the US for $899.99.

In the past, “Never Settle” meant that OnePlus fans didn’t need to spend more to get access to a flagship-level device. Longtime fans of the brand will not be large enough group of potential buyers to support this change in pricing. OnePlus now will need to change its mode of operation to continue to grow.