At present, FALD is prevalent in TV applications. The IHS Markit Large Area Display Product Roadmap Tracker has estimated the shipments of mini LED backlit TVs including FALDs as 4 million units for 2019. Most of the shipments are expected to consist of FALD LCDs. However, this kind of fine-pitch local dimming has already penetrated the consumer market.

However, OLED’s share is negligible for IT applications and LCD is still the main competitor for all segments in the IT market. Some IT makers are considering mini LED backlighting for their gaming and specialty applications rather than OLEDs because of its high resistance against burn-in. However, their demand is still very small and mini LED backlighting should still be able to compete with LCDs in most IT segments. Its expensive cost and thicker design become more apparent when compared with LCDs. Mini LED backlighting should pioneer the premium IT display segment solely by itself. 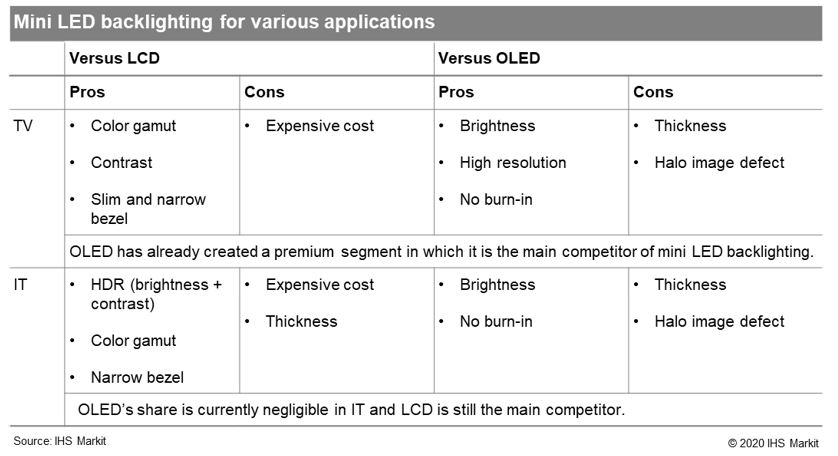 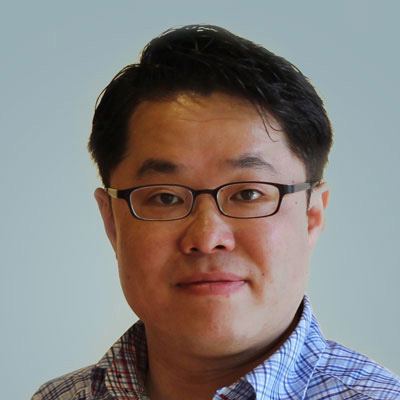 Before DisplaySearch, he spent three years on the marketing team at Samsung LED (currently Samsung Electronics), leading the display-related LED market team and creating marketing strategies for the company. Prior to Samsung LED, Jimmy spent five years at Samsung Electronics working on the R&D team for the LCD business. There, he led several R&D projects on new light sources for LCD backlights and new BLU structures. He earned his Ph.D. from the School of Materials Science and Engineering at Seoul National University, Korea.