Analyst Opinion 04 Feb 2020 Alex Kaplan
Contents
A focus on customer value, the challenge of creating an intelligent environment, and the rise of cybersecurity as a driver...just some of the key discussion topics from this January's show in San Antonio.

The Smart Utilities Infrastructure team at IHS Markit, now a part of Informa Tech attended the DistribuTECH 2020 tradeshow to cover the latest industry developments and technology trends. This year, the event was held in San Antonio, Texas from January 28th – 30th, which saw more than 13,500 visitors and 500 exhibitors at the show throughout the week.

Tuesday’s opening ceremony kicked the conference off with a keynote appearance from President and CEO Paula Gold-Williams of San Antonio’s own CPS Energy. Her presentation touched on a major industry shift over the past 15 years, highlighting how the utility perspective has largely changed from viewing consumers as ratepayers, “who demand because they’re frustrated”, to customers, “who look for value and quality.”

This new focus on “value” was the focal point of the key challenge we discussed around the show: where the industry has already created the connected environment, but still needs to create the value of an intelligent one.

Moving from a “connected” environment to an “intelligent” one

With an installed base of 121 million communicating electricity meters in North America, it’s clear that the industry already has a significant number of connected endpoints, but in many cases not yet the technology or skills to maximize the value of that data.

Last year, IHS Markit conducted a survey with 100 distribution utility respondents around key topics such as scalability, complexity, and cybersecurity. Interestingly, 70% reported that they are “not currently making data driven business decisions (e.g. cross-domain correlation and actions)”. Data and departmental siloes are one of the biggest challenges for utilities to overcome. Not only are the departments that sign off on investments separate from the actual end-users, but there are multiple departments within the utility that could, or want, to use the same data and don’t communicate. In fact, a large exhibitor at the show mentioned one utility who released three separate tenders for advanced metering infrastructure, a meter data management system, and an advanced distribution management system all at separate times and from different departments.

No software solution can fix the discord of internal utility organization, but it’s clear that a new, giant market for value-add software and applications is emerging.

The new market landscape for software and services is here: so what’s missing?

As convergence around software and applications shrinks the worlds of different discrete areas in the industry, the future landscape will have more opportunity than ever. While that might seem lofty, the point is that traditionally siloed areas within the utility industry such as meter vendors, grid hardware manufacturers (e.g. Siemens), enterprise software companies (e.g. Oracle), and application-specific companies are all now competing for the same business. For example, ADMS providers now have MDM solutions and the ability to incorporate meter data into SCADA/GIS applications, meter vendors have applications that use meter data to monitor grid assets, small software companies are partnering with meter vendors to deploy edge-computing applications on their network, the list goes on.

With so many potential opportunities, one major challenge is that these solutions can often perform the same function, and utilities are spiraling into an analysis paralysis of choice. Although, the industry has trended towards software and services over the past few years, there seems to be a gap in understanding of utility perception and reality.

Despite this increasingly complex world, the utility adoption path for software, services and analytics still follows a generational and modular type approach.  As vendors offer more business models and types of solution to fit, utilities still generally remain cautious in their adoption overall.

A general aversion to risk, and considerations around critical infrastructure and regulation means that utilities tend to take one step at a time, not leaps. In reality, utilities prefer to do things themselves where they can (or at least where they think they can). While advanced application adoption today is far from ubiquitous, the majority of use-cases are from large Investor-Owned Utilities. These utilities are typically financially motivated to capitalize as much hardware and keep as many operations in-house as possible, meaning less third-party opportunity.

On the other hand, small to mid-size utilities have the most potential opportunity, but they are proving to be a challenging market segment to capture. One overlooked challenge is that utilities are overwhelmed with how to integrate so many discrete software and systems, from an increasing number of providers, to create real value that is bigger than the sum of its parts. Another major challenge is with cloud-based solutions. In general, utilities almost automatically think cost is a barrier, have technical concerns around latency, or have fears of cybersecurity threats.

Cybersecurity in particular was an interesting discussion point at DistribuTECH 2020.  Historically, the fear of cybersecurity has been an inhibitor for the adoption of cloud-based software and third party vendor management.  However, a recent end-user survey showed that whilst Cybersecurity remained the top perceived challenge for digitalization projects, two-thirds of respondents saw ‘Cybersecurity as a Service’ as a likely part of those projects in the next three years.

Cybersecurity could yet become a driver for spend, rather than an inhibitor, especially as utilities move from the connected to intelligent environment. However, it’s clear that this new, and increasingly complex market for software and services needs to pay more attention to the basics first, in order to bring the average utility forwards with its technology adoption.

Please contact us for more information about our research within the Smart Utility Meter Intelligence Service. 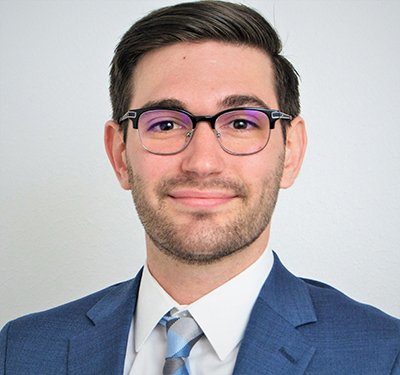 Alex Kaplan is a member of the smart utilities infrastructure team and focuses on smart metering hardware and network infrastructure for water utilities. Alex also leads research on utility software and services (electricity, water, and gas utilities), as well as information and operational technology spending.

Alex joined Omdia in 2018 and is based in Austin, Texas. He holds a bachelor's degree in natural resource management from the University of Texas at Austin, Texas.