Digital signage is riding a wave of growth as the technology driving these displays becomes increasingly interactive, with installations rising dramatically in a growing number of applications in retail, public places, and other sectors, according to a new report from IHS Markit | Technology, now a part of Informa Tech.

Digital signage is riding a wave of growth as the technology driving these displays becomes increasingly interactive, with installations rising dramatically in a growing number of applications in retail, public places, and other sectors, according to a new report from IHS Markit | Technology, now a part of Informa Tech.

Shipments of public displays rose in the third quarter last year to approximately 1.23 million units, up 6% from 1.16 million in the prior quarter. By the end of 2019, shipments are expected to increase by a robust 10% in 2020, and then by a slightly lower but still solid 7% in 2021.

Public displays consist of LCD and OLED flat-panel displays used in out-of-home (OOH) and public environments to convey information, advertising, or other forms of messaging with full color and motion capabilities. Most of the expansion in public displays shipments can be attributed to double-digit growth from interactive flat-panel (IFP) touch displays, which climbed 18%. The videowall segment was also up in the same period, by 7%, with demand for ultra-narrow videowalls growing for the fifth consecutive quarter.

Display manufacturers, resellers, and integrators are working more closely together to offer customers complete digital signage solutions, with these partnerships a key component for success in today’s digital signage ecosystem than ever before. Collaboration among these different entities is essential, including not only displays but also mounts, media players, software, managed services, and content creation.

A second important trend is the increasing prominence of interactive touch displays in various verticals, promoting customer engagement and enhancing the user experience. The growing necessity for collaboration and interactivity across multiple applications will drive growth in the public displays market and open new channels to increase revenue, IHS Markit data indicate.

Among regions, both China and Japan reported strong overall public display shipments, up 21% and 24%, respectively, during the third quarter of 2019. After China, North America had the second-largest volume of shipments, followed by Western Europe, and then by Asia Pacific excluding China and Japan.

LCD remains the dominant technology in public displays because of its strong presence in top application areas of retail, classroom, and conference rooms. Panel makers continue to invest in capacity, mostly oriented toward 55-inch and larger display sizes. Non-touch LCD signage is forecast to plateau, with touch solutions such as infrared and projected capacitive expected to generate higher revenue moving forward.

Compared to LCD, the other display technologies utilized in digital signage, including LED Video and OLED, are costly or difficult to install. However, LED Video displays are becoming the preferred technology when the application requires high brightness and better resolution, especially for outdoor applications. Meanwhile, OLED offers distinctive advantages over both LCD and LED Video, including superior transparency, flexibility, and viewing angles.

The report provides additional information and more granular detail on how LCD public displays fared during the third quarter on a variety of important features, such as screen size, resolution, maximum brightness, bezel size, and integrated touch. 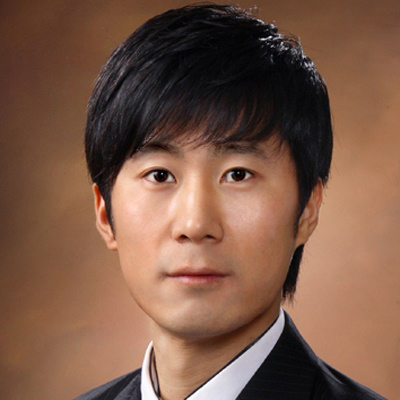 Prior to joining Omdia, formerly IHS Markit including DisplaySearch acquired by IHS, in 2008,  Ken was in marketing and sales, starting with software engineer in the visual display division at Samsung Electronics. He has a bachelor's degree in computer science from Kookmin University in Seoul, Korea.