The global market for industrial automation equipment (IAE) is expected to improve modestly in the next few years, despite a slowdown in growth in 2019.

The global market for industrial automation equipment (IAE) is expected to improve modestly in the next few years, despite a slowdown in growth in 2019.

Although underperforming in 2019, the market is safe from what had been a bruising decline for two straight years in the middle of the last decade. For this year and until 2022, steady—though unspectacular—growth can be expected, according to research from IHS Markit | Technology, now a part of Informa Tech.

These are some of the findings contained in Industrial Automation Equipment Market Tracker – Q4 (2019), the latest edition of a quarterly report on the worldwide market for industrial equipment, including comprehensive data and analysis on 52 product types and 28 industry sectors.

Among regions, the market known as EMEA—the agglomeration comprising Europe, the Middle East, and Africa—had the largest share of total industry revenue, at approximately 34%. In second place was the Americas, with 25% share of market; followed by China, considered a region of its own in third place; the rest of Asia in fourth; and Japan, also considered its own region, in fifth place.

Automation equipment was the largest IAE category last year, accounting for approximately 38% of the total market. Under this category are discrete controllers and visualization equipment such as industrial PCs; as well as process control equipment like process instrumentation devices.

The second-largest category was power transmission, with 32% share of the IAE market. Under this category are rotary products such as geared motors; as well as linear products like hydraulic valves.

The third-largest category was motors and motor control equipment, with 30% market share. Under this category are motors and generators such as servo motors; as well as motor controls like medium-voltage drives.

The top five players in the global IAE market are Siemens, ABB, Schneider Electric, Emerson, and Rockwell Automation. However, the market as a whole is fragmented, with the top five holding a collective share of just 23%, with no single player in the entire market possessing a market share in the double digits of 10% or more.

At No. 2 is Swiss maker ABB, whose focus is electrification, industrial automation, motion and robotics, and discrete automation. In October, it acquired a majority stake of 67% in Shanghai Chargedot New Energy Technology Co., a leading Chinese e-mobility solution provider building a new robotics manufacturing and research facility in China.

In third place is French-headquartered Schneider Electric, with important interests in process safety equipment, industrial pushbuttons, and electronic control relays, among other fields.

Rounding out the elite circle and in fifth place is another US firm, Rockwell Automation, which has a major presence in discrete safety equipment, position control hardware, operator terminals, and process safety equipment. In October, Rockwell Automation acquired MESTECH Services, a global provider of manufacturing execution systems (MES) and other solutions, expanding the scale of its consulting and systems integration business in the fast-growing industrial transformation market.

In February, WEG–CESTARI, a subsidiary of Brazil-based WEG S.A., acquired all the capital stock of Geremia Redutores, a Brazilian manufacturer of gearboxes, geared motors, speed and flexible couplings, and gearbox components. Later in the year, WEG acquired the PPI-Multitask group, which specializes in industrial automation systems integration, MES solutions, the Industrial Internet of Things (IIoT), and software for the industry.

In April, US power management company Eaton acquired over 82% controlling interest in Olusoy Eletrik, a leading manufacturer of switchgears based in Ankara, Turkey. In July, Eaton went on to acquire Innovative Switchgear Solutions, a specialty manufacturer of medium-voltage electrical equipment serving the North American utility, commercial, and industrial markets. 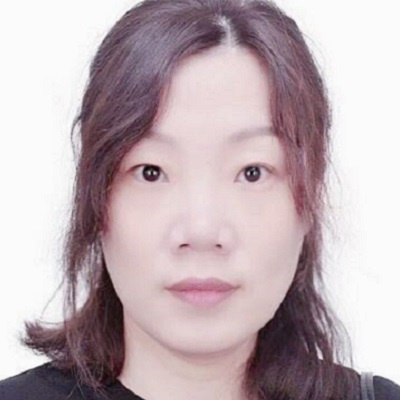 She holds a bachelor’s degree in Marketing from Tian Jin University of Commerce.