The safe city, a modern-day concept centered on providing security for urban dwellers, continues to thrive, with the range of technologies oriented toward safe-city dynamics projected to enjoy solid growth in the years to come.

The safe city, a modern-day concept centered on providing security for urban dwellers, continues to thrive, with the range of technologies oriented toward safe-city dynamics projected to enjoy solid growth in the years to come.

The concept of the safe city traces its origins to the smart city. As the world continues to see an increase in urbanization because of rural migration and economic need, smart cities are sprouting that seek to enhance the quality of life for urban populations. The emergence of smart cities will give rise, in turn, to safe cities—a key area in the smart city concept focused on the safety and security of urban citizens, properties, and assets.

Valued at $21.6 billion in 2019, the global safe city market will grow to $35.8 billion in 2024, our forecasts show. Revenue for the market comes from seven principal technology groups, with each group further subdivided into relevant segments. 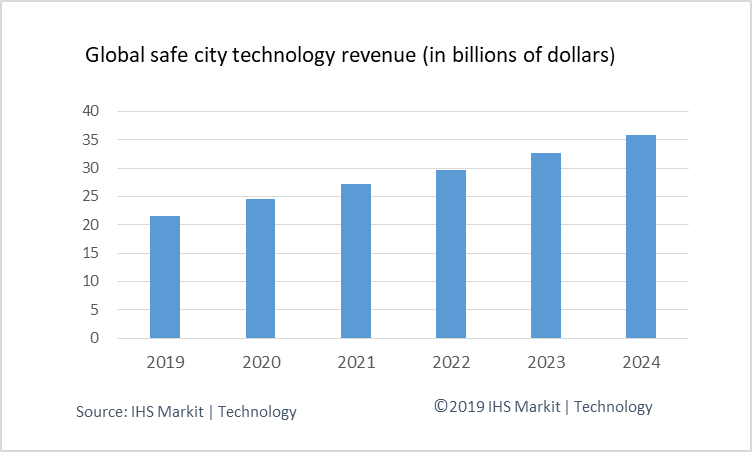 Asia Pacific is the world’s largest safe city market, claiming 45% of total revenue in 2019, followed by North America, Europe, the Middle East and Africa, and Latin America. Growth in Asia Pacific is driven by various factors, including the continuing expansion of urban populations, the rise in GDP in countries making up the region, and a focused top-down governance structure able to marshal support for safe city initiatives and easily quash objections.

These and other findings can be found in the new research study, Safe Cities Report – 2019. The report, currently in its fifth edition, provides global insight into the safe city concept and its opportunities for technology vendors, systems integrators, and consultancies.

The report also examines safe city architecture and requirements, as well as successful use cases in the various regions. More than 1,800 cities have been assessed since the annual report began, using various indicators from the study to supply data-driven perspectives on markets bearing the highest safe-city potential.

Integrating critical security information from a range of sources onto a consolidated IT platform, the safe city aims to promote interoperability among law enforcement, emergency services, and other agencies. By doing so, the safe city hopes to streamline operations, unify emergency response, and increase situational awareness among all stakeholders involved in the management of a city’s security, allowing law enforcement to respond to incidents more quickly and efficiently.

Even so, the definition of a safe city and the requirements of one vary, depending on the region where the safe city is located. Politics and regulations play a role: For example, large cities like London, Paris, and Abu Dhabi have different laws on the use of video surveillance use, which must be considered before a safe city project is undertaken.

Economic growth—specifically GDP—is a major driver of the safe city concept because of the high amount of capital required to begin a safe city project and the substantial funding needed for maintenance and system upgrades. The main technological trends today enabling the safe city include artificial intelligence, IoT, Big Data, the Cloud, and connectivity.

Of the seven technology groups making the safe city market, the largest by far is video surveillance, thanks to the heavy reliance of the security industry on video. And because much of videos surveillance infrastructure, especially in the Western Hemisphere, is aging, upgrades to video surveillance equipment will continue to support market growth.

Meanwhile, the fastest-growing markets in the next few years will be LTE broadband, used in critical communications and expanding at a compound annual growth rate (CAGR) of 15% from 2019 to 2024; and enterprise and Internet Protocol (IP) storage, expanding at a 22% CAGR during the same period.

Besides the three technologies above are four other safe city technologies, including video analytics, software for physical security information management (PSIM), information and communications technology (ICT), and command- and control-room technology.

Safe cities of the world

The study points out some major issues that end-users should consider when beginning a safe city project, including how the value chain works and the distinct differences in opportunities and architecture in the different regions. 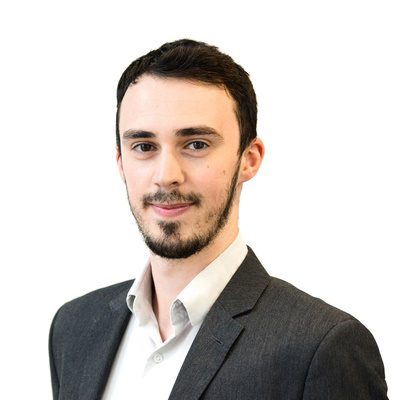