The year 2019 will finish out as a tough one for machine builders, with global revenue for machine production growing at a compound annual growth rate (CAGR) of 2.2% from 2018, reaching $1.8 trillion in 2023.

From the start of the year up to the third quarter of 2019, market conditions were deteriorating heavily in the Eurozone and trade activity weakening even in manufacturing meccas like China and Taiwan. Despite the Eurozone stabilizing in Q4, the machinery production industry has largely underperformed in 2019.

The near-term indicators are also bleak for automotive, one of the most important sectors in the machinery production market. Demand in automotive usually correlates to how healthy sales are for machine tools, robotics, rubber and plastic machinery, and to an extent, semiconductor machinery. As a result, the automotive forecast in 2019 has been revised to reflect the market condition in these sectors.

European light vehicle sales fell for the 11th straight month, with several factors continuing to weigh on the region, including the following:

Automotive demand in the EU is projected to decline again in 2020. That being said, in Q4 2019 a marginal improvement in production can be expected, based on the recovery currently taking place in Eastern Europe and an increase in exports. We will continue to monitor key risks to the industry, including the UK’s ongoing Brexit negotiations, as well as the existing trade talks and potential tariff issues between the US and EU.

In mainland China, production of light vehicles will decline in 2019 to 1.95 million units, down 11.7% from 2018. The world’s biggest automotive market is expected to face another round of double-digit declines in October the 10th consecutive month of decline since the start of the year. The dark customer mood brought on by the trade war with the United States and the slowdown in the domestic economy has caused the consumer market to sputter, lacking the momentum for recovery. Moreover, the implementation ahead of time of the China 6 standard (CN6) for emissions control, announced by an increasing number of cities in the country, is adding to the difficulties confronting the industry. Ill prepared to comply with the strict emissions regulations of CN6, Chinese automotive manufacturers and dealers alike have been forced to liquidate vehicle inventories at a loss. Given these challenges, we anticipate a recession in the industry that will last until the second half of 2020.

In the face of a potential trade conflict between the United States and Mexico, the automotive sector will be one of the most negatively affected. On 7 June, however, both countries reached an agreement over Mexico’s efforts regarding “irregular migration,” with the US suspending planned import tariffs across all Mexican products. Yet the tariffs have been merely put on hold, not eliminated completely, so some uncertainty remains for the automotive industry. IHS Markit maintains a negative outlook for the automotive sector over the medium term. The full implication of US tariffs on Mexican component imports is very hard to quantify, given that some components cross the US-Mexico border multiple times before their final assembly onto a vehicle.

Auto sales have declined since the start of February 2019 because of rising costs to vehicle ownership and weak consumer sentiment. Tax changes in the recent interim budget should help steady recovery. Furthermore, the government’s new plans to invest 50 billion rupees (US$700 million) in the development of modern electric vehicle infrastructure in the country by 2025 bodes well for the automotive sector.

Headwinds dragging down the production of semiconductor machinery

Semiconductors account for most of the production in the computers and electronics sectors. Battling economic headwinds and debilitated markets, the semiconductor industry is experiencing slowing growth. Poor machinery production revenues are factored by surplus inventory, a slowing global economy, and a softening in the wireless market that forms a principal revenue stream for the chip industry.

The US-China trade war is also causing massive disruption to how machinery products are sold and distributed. If tariff disputes and other trade issues are not resolved, the semiconductor industry will very likely suffer significant damage in 2019, especially as companies continue to face uncertainty in demand and are unable to project forthcoming sales. Another headache for semiconductor manufacturers is excess inventory throughout the supply chain, which will likely have a substantial impact on manufacturing run rates.

Industry prospects will turn around next year, with global chip revenue forecast to experience a modest recovery. The recovery will be driven by technological advancements such as 5G, in which high-speed, high-efficiency semiconductors will be needed to support the very-high data rates and low-latency capabilities of the next-generation mobile standard.

When it comes to machinery production, the general gloomy market conditions seen in 2019 are likely to continue well into 2020. Low levels of economic growth, political upheavals, and the decline of major industries, such as automotive and semiconductors, are all combining to create the perfect storm to plague industrial manufacturing. However, with the stabilization of the Eurozone and government incentives to revive the economies of China and India, we expect to see recovery in the Asian and European markets in the second half of 2020.

With so much political uncertainty, and no clear end to the US-China trade wars in sight, machine builders are looking for new locations to steer clear of future trade problems. As a result, South-East Asia (SEA) has seen rapidly increasing levels of investment in 2019 and will be the focus of our latest regional spotlight, to be released in Q1 2020. For further information on this spotlight, as well as the industrial machinery market, contact Teik Chuan Goh at TeikChuan.Goh@ihsmarkit.com.

The Machinery Production Market Tracker - Q3 2019 report from IHS Markit | Technology is offered in the Manufacturing Technology research service, under the Capital Equipment & Machinery research category. Contact us for more details on the report or if you wish to become a subscriber. 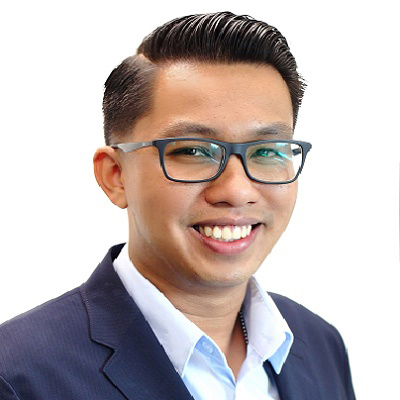