Quantum dot (QD) displays, groomed to be the core display technology for Samsung Electronics and Samsung Display, are expected to boost the growth of the premium display market.

Recently, OLED displays with improved resolutions and designs as well as outstanding color reproductions have emerged as next-generation displays for smartphones. This had led to OLED rapidly replacing LCD as a premium smartphone screen. The newcomer microLED display that has advantages of both LCD and OLED display technologies and can enable a modular display is also seeking to expand its presence in the market.

Aside from the aforementioned technologies, other display technologies such as 3D, hologram, and high dynamic range (HDR) have been introduced, which raises expectations of a steady growth in demand for premium displays.

The OLED display, having helped to significantly improve color reproduction and enable foldable smartphone screens, is cementing its position as a premium display technology after it ushered in the new premium display era.

To fend off the ascent of OLED, the LCD sector has also rolled out its own premium display using QD display technology that enables a very wide color gamut. The demand for QD displays is forecast to reach 6 million units in 2019 after an increase of a million units yearly since 2015 when its demand started to show substantial growth. QD film is a key technology in QD display; the first-generation QD display used a QD film that produced white light with high purity when combined with blue LED light. Producing 75-inch or larger-sized displays with QD display technology, which is a challenge for OLED display technology, has become easier with QD films that can be coated with red and green quantum dots. This has given QD displays the upper hand in the large display sector. 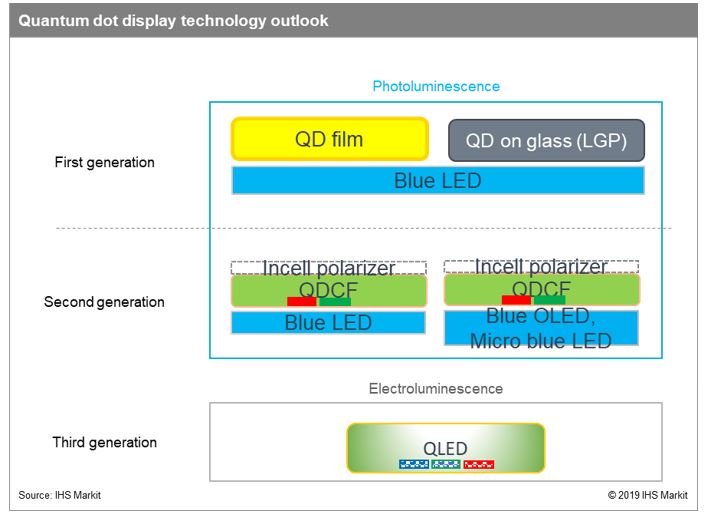 Samsung Electronics and its display-making unit Samsung Display are in the frontlines of developing QD display technology and expanding its distribution network. Samsung Electronics has named the brand of its TV “QLED TV” and has been gradually increasing its market share in the large-sized TV market with the launch of QD film-based QD TVs. Thanks to the steadily growing demand for its QLED TVs, Samsung Electronics has succeeded in building an extensive parts/materials supply chain for its QLED TVs, which allows the company to secure QD films at cheaper costs and increase its overall QLED TV sales by adding low-end and mid-range QD TVs to its lineup.

As leading forces in the display market, Samsung Electronics and Samsung Display are expected to facilitate the rapid growth of the premium display market through their aggressive push to market their QD displays. 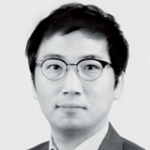 Prior to joining IHS in 2011, Richard served as a quality engineer in the LED upstream and downstream industries. He also worked at a sapphire ingot and substrate manufacturing company. These experiences provided him with a greater ability to understand the technology within the LED industry.

He received a Bachelor’s degree in Electronics Engineering from Myong-ji University.