According to the latest Omdia Smartphone Display Shipment and Price Tracker (please refer to the link in the “Further reading” section of the Appendix for more details), the total mobile phone panel shipments of 13 major panel makers increased for three consecutive months to 202 million, up by 6% MoM. As shown in Table 1, smartphone panel shipments increased by 20% MoM to 153 million, but feature phone panel shipments declined to 50 million. Even though there is still a significant COVID-19 impact, the display market demand will likely recover gradually as the demand for new products from smartphone OEMs for the 2H20 sales is increasing. 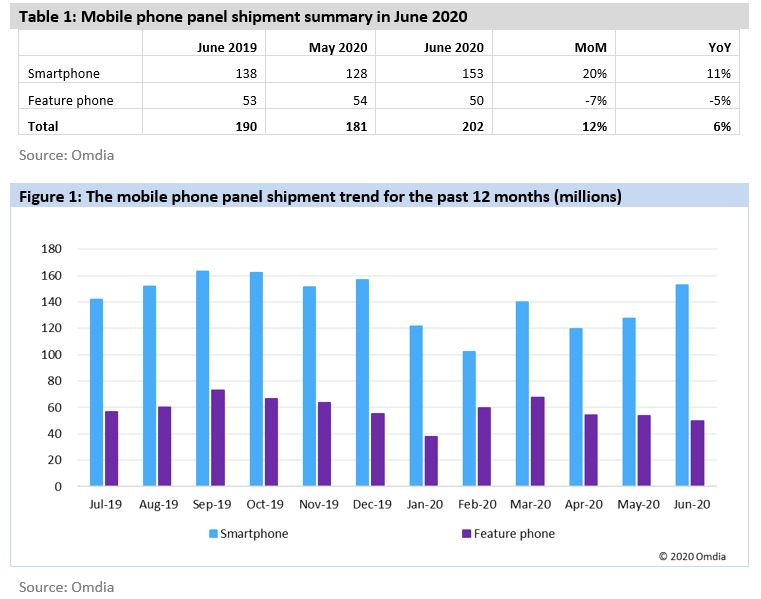 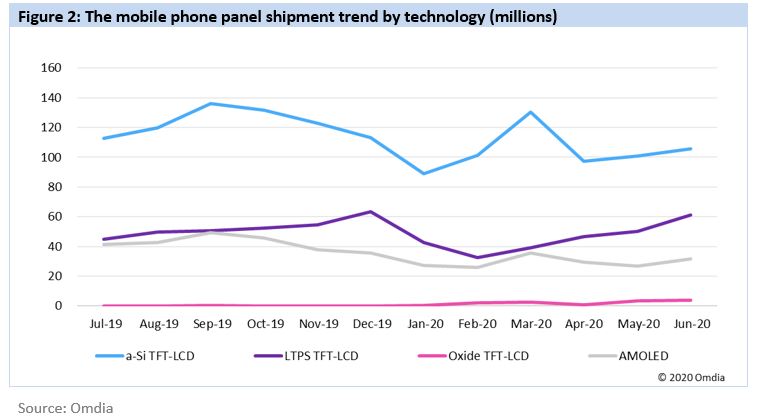 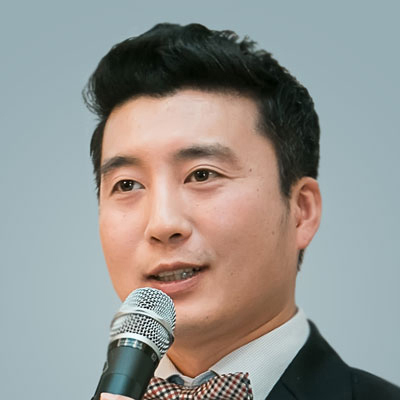