On July 13, 2020 Analog Devices (Nasdaq: ADI), the 19th largest global semiconductor company, announced it had entered into a definitive agreement to acquire Maxim Integrated (Nasdaq: MXIM), the 31st largest. The merger of two down-market companies might not seem like big news, but in the world of analog integrated circuits it is indeed big news.

On July 13, 2020 Analog Devices (Nasdaq: ADI), the 19th largest global semiconductor company, announced it had entered into a definitive agreement to acquire Maxim Integrated (Nasdaq: MXIM), the 31st largest. The merger of two down-market companies might not seem like big news, but in the world of analog integrated circuits it is indeed big news.

The $58b analog IC market has long been highly fragmented, with more than one hundred companies competing. Texas Instruments (TI) is the market leader and has been the only company to command a double-digit share of the market for more than fifteen years. TI is estimated to have earned $9.6b in revenues or 16.6% of market revenues during 2019.  Analog Devices was number two with $5.1b. Adding Maxim with $1.9b in analog revenues during 2019 will make it a much stronger player with 12.4% of the market. As a result, TI and ADI could account for close to one-third of the total analog market.

Once completed, the deal will be worth $21b, which would place it third behind other recent semiconductor industry deals – Avago’s acquisition of Broadcom for $37b and SoftBank’s purchase of Arm for $32b.

Mergers and acquisitions are not uncommon in the semiconductor industry because size and scale make a company more competitive. For example, TI became the market leader by purchasing Unitrode in 1999 and Burr Brown in 2000, and it increased its lead by acquiring National Semiconductor in 2011. Analog Devices rose to number two after acquiring Linear Technology in 2016. Maxim has acquired several companies since being founded in 1983, including Dallas Semiconductor in 2001, SensorDynamics in 2011, and Volterra Semiconductor in 2013.

For a long time, analysts at Omdia have been predicting that Maxim would be acquired. A semiconductor company with revenues below $5b, a high-quality differentiated product portfolio, and a solid balance sheet is often a target for merger or acquisition because it promises non-organic growth. Maxim’s high valuation, with a five-year average P/E ratio above 45, has long been a sticking point for such a deal. However, its current trailing twelve-month P/E has fallen to 23 and it has a total cash position of $1.69b, making it a much more attractive takeover target.

You might think that merging two analog-centric companies would result in a serious product overlap. But, the two companies are largely complementary. ADI is the market leader in data converters, a device category that Maxim barely participates in. ADI’s sales of amplifiers and comparators are more than ten times Maxim’s. However, its sales of general-purpose analog interface devices are roughly the same. In the general purpose voltage regulators and references segment, Analog Devices earns almost twice the revenues of Maxim (due to its large portfolio of switch mode power devices after acquiring Linear Technology), but Maxim targets different applications, thus there is little duplication.

Although this market insight is focused on analog, it should be noted that ADI is the number two player in the DSP market.

ADI derived 51% of its 2019 revenues from the military, industrial, and aerospace market (MIA) due in part to its leadership in the data converter market. Maxim’s revenue percentage in MIA was 29%. Automotive revenues for Maxim were 26% of the total and 15% for ADI, even though ADI’s automotive revenues were almost twice Maxim’s. Both companies have roughly equivalent revenues in the data processing and consumer segments. Wired communications were roughly 10% of revenues for both companies, and the percentage of wireless revenues is in the mid-teens for each.

Both companies have been investing in solutions for the automotive market, especially ADAS and electrification systems, power management for data centers, industrial automation, and 5G wireless infrastructure and we expect that to continue.

The deal is expected to close by mid-2021 and will need regulatory approval. Since the deal strengthens the number two player it is likely to gain US approval. Some resistance may come from the EU where analog companies on the continent may be opposed to facing a larger competitor, but approval is still likely.  Chinese approval is harder to predict and may depend on the state of trade politics at the time.

Once approved the two companies will need to integrate. Their product lines are largely complementary and IC design today is routinely accomplished with teams in multiple locations. Therefore, the merger is unlikely to disrupt the engineering part of the organization. Both companies have strong reputations for innovation and engineering excellence and attract top talent, which should continue.

ADI’s headquarters is in Norwood, Massachusetts, and Maxim’s is in San Jose, California. Clearly the staff at these locations will be disrupted as the two companies combine. ADI is paying a 22% price premium for the shares as of the date of the announcement. It expects to achieve cost synergies of $275m by the end of the second year of the combination, which will partially offset the premium.

The supply chains of the companies may converge, but they are largely fabless. The combined company can expect to gain a better negotiating position with suppliers and partners due to its larger scale once they merge operations.

One thing to watch for after the acquisition is changes in distribution strategy. After ADI acquired Linear Technology, it consolidated its global volume distribution under Arrow Electronics, Inc. and kept Digi-Key and Mouser for small order fulfillment. Maxim’s distribution network includes Avnet, Future Electronics, RS Components, Digi-Key, Newark, and Mouser, as well as other regional and specialty companies. TI is also consolidating its distribution network with Arrow, which will be the last remaining global volume distributor by the end of 2020. Will ADI choose to share the line card with TI at Arrow, or will Avnet make a compelling case to bring ADI on board?

Can we expect more M&A activity this year? Certainly. Three days after this announcement STMicroelectronics announced plans to acquire two fabless companies in the wireless connectivity sector. Deals small and large are likely to occur if the semiconductor business continues to outperform other areas of the world economy and deal financing options remain attractive. 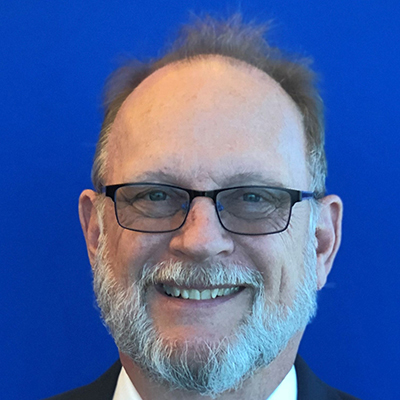 Kevin also leads the research team covering semiconductors in the power, automotive, industrial, sensors, and LED markets. He joined IHS Markit (now Omdia) after more than 30 years working in the semiconductor industry. His experience includes leadership roles in marketing and strategy, product definition, applications, and IC design in analog and power. He has over 20 years’ experience in the global automotive sector and has worked in the consumer, industrial, military, and mobile device markets.