After months of waiting, updates for CSOT’s massive inkjet printing production line project are available. On June 20, 2020, the Guangzhou government released a name list of key construction projects for 2020 where CSOT’s T8/T9 project was officially mentioned for the first time.

According to the document, the project is still in the planning phase with its construction time targeted for 2021–23. 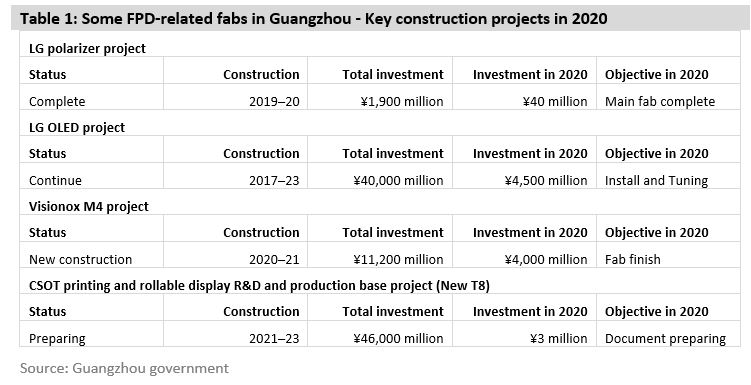 According to the original plan, CSOT planned to build both T8 and T9 in Guangzhou, China. T8 was estimated to be a smaller-size pilot line with inkjet organic light-emittiong diode (OLED) technology, whereas T9 was estimated to be a Gen 8.5 full-size inkjet OLED line. However, the construction plan changed over time, so the original T8 pilot line might be cancelled and replaced by joint research with JOLED in Japan. In the meantime, the original T9 full-size mass production line project might be renamed T8.

According to the local government’s file, this new T8 project is named “China Star printing and rollable display R&D and production base project”. The total investment is ¥46 billion ($6.6 billion), and the construcion period is set for 2021–23. Out of the total investment of ¥46 billion, 3 million is planned to be spent in 2020 for material preparations.

Compared with BOE Technology (BOE), CSOT is more aggressive in adopting inkjet technology in mass production. Having a new T8 project in 2021 will not only boost the inkjet printing display industry’s development but also enhance CSOT’s competitiveness in global display production.

However, although inkjet OLED/quantum-dot (QD) displays have many potential advantages compared with white OLED (WOLED) technology, it also has some potential drawbacks that might limit further development. One of the most worrisome factors is that inkjet display’s long and complex process might harm its yield.

Luckily, CSOT has years to solve the aforementioned drawbacks. One possible solution is to simplify the device struture via material innovation. 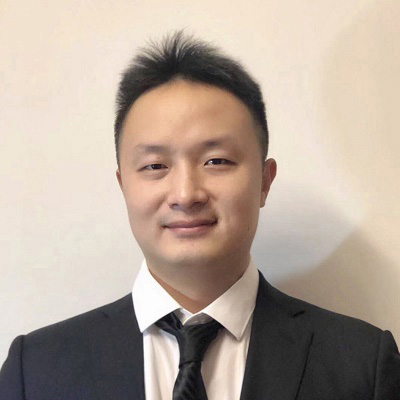 Chase is an expert in research and analysis of TFT LCD, OLED panel, and the equipment value chain for China. As a core member in Display department, he is responsible for the investigation of display equipment installation, emerging technologies in display production, localization of OLED, financial performance, and government policies related to display industry in China.

Chase joined the IHS Markit Display department in 2017 and moved to Omdia in 2019 along with the entire department. In the Display department, Chase is mainly focusing on providing insights on inkjet technology, equipment installation in China, and OLED supply chain localization, as well as financial analysis of Chinese panel makers.