[Display Dynamics] A new joint venture between Ningbo Shanshan and LG Chem will be established in Zhangjiagang, Suzhou

Analyst Opinion 02 Jul 2020 Irene Heo
Contents
In the signing ceremony, the expansion of polarizer business has been revealed.

A new joint venture between Ningbo Shanshan and LG Chem will be established in Zhangjiagang, Suzhou

It has been almost 20 days since Ningbo Shanshan acquired LG Chem’s LCD polarizer business. The signing ceremony between Shanshan Group and LG Chem for the LCD polarizer project in the Zhangjiagang Economic and Technology Development Zone was held on June 28, 2020.

It has been known that the joint venture between Shanshan Group and LG Chem will operate the polarizer business with a total sale of $1.1 billion.

A new joint venture between Ningbo Shanshan and LG Chem will be established in Zhangjiagang, Suzhou. Although the exact amount and details of support from the government have not been revealed, a large-scale polarizer production site will be set up in Suzhou.

In this signing ceremony, Shanshan Group, the Suzhou government, and LG Chem revealed the expansion of the polarizer business, which will be in two stages, in the Zhangjiagang Economic and Technology Development Zone.

As the size of sale was huge, both companies are planning to transfer the polarizer business smoothly in eight to nine months to close the deal. Since the polarizer is a roll-laminated type with various subfilms, there are still several issues to be agreed on, including supply chain management, back-end process, roll-to-panel (RTP) royalty, patents, and some products related to LG Electronics.

During the signing ceremony, it was announced that the headquarter for the LCD polarizer project, the production site that includes OLED, and the R&D center will be built in the Zhangjiagang Economic and Technology Development Zone. The construction will start from the end of 2020 onwards.

The first stage is to relocate two 2,300mm lines that were shut down in the first quarter of 2020 (1Q20) in Korea to Zhangjiangang. The relocation is scheduled to complete, followed by the mass production, at the end of 2021. The expected annual sales are estimated at approximately Y5 billion.

The impact on the polarizer supply/demand after relocation of two 2,300 mm lines 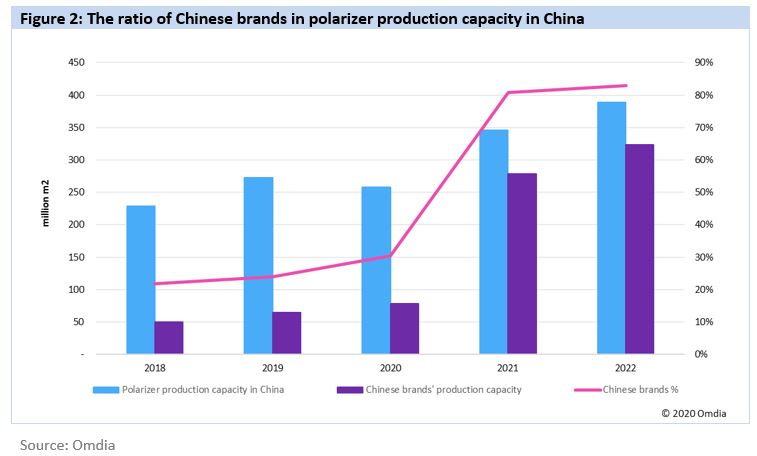 In terms of total polarizer supply/demand, there was a concern about polarizer shortage because COVID-19 delayed the planned investment for 2,500mm lines, and the panel demand is expected to increase next year by size enlargement trend.

However, with the relocation of two 2,300 lines, the supply/demand for polarizer is likely to balance out by 2024. 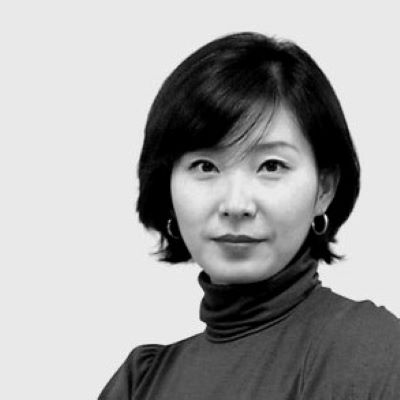 Irene is Omdia’s Senior Principal Analyst for display materials and components research, focusing on optical films for displays and touch panels. She provides insights by covering various optical film industries and delivering market forecasts based on the panel and set markets, supply/demand and technology dynamics, pricing and cost modeling, and makers’ strategies.

In 2011, Irene joined Omdia (formerly IHS Markit) and has been following display components and optical films trends for nine years.

Previously, she worked at Displaybank and paved way for research activity in the display component area as a member of the first component research team. Before joining Displaybank, she worked at Dongjin Semichem, a leading electrical material company in display and semiconductor filed, as a researcher of the liquid crystal synthesis division.