With COVID-19 as a catalyst for innovation and changes in the display industry, South Korean display makers increase effort to shift away from the LCD business, crowded with Chinese makers, to the next-generation display technology—OLED.

An unforeseen event like COVID-19 can be a catalyst for innovation and changes in the display industry, which is a typical cyclical business, and even gives some leading panel suppliers the chance to widen the gap between their rivals. Without missing the chance, South Korean display makers are increasing effort to completely shift away from the liquid crystal display (LCD) business, crowded with Chinese makers, to the next-generation display technology—organic light-emitting diode (OLED).

Starting from 2021, panel makers are expected to execute more than 30% of their capex expansion investment plans, of which 18 new fabs are Gen 6 or larger fabs.

Except the additional Gen 6 LTPS fab planned by Sharp, Chinese panel makers are expected to make a major investment in TFT LCD facilities in Gen 8.5 or larger fabs. Chinese panel makers also plan to make additional investments in their existing fabs, while TCL China Star aims to kick off mass production at its new Gen 10.5 T7 fab, which is also its second Gen 10.5 fab, in the first quarter of 2021. This would make a total five Gen 10.5 fabs ready to mass-produce LCD panels, including BOE’s B9 and B17 fabs, as well as Sharp’s SIO fab.

TCL China Star and LaiBao also plan to mass-produce panels from their Gen 8.6 T9 fab and Gen 8.5 fab, respectively, in 2023.

But panel makers are expected to make more aggressive investments in mobile OLED panel fabs than LCD fabs, with investments in a total of eight Gen 6 OLED fabs that are planned by 2024.

In 2021, Visionox and BOE will begin mass production at their OLED fabs, while Tianma plans to embark on commercial production at its TM18 fab in 2022. Samsung Display is also expected to make investment in two Gen 6 fabs, which will likely churn out LTPO OLED panels, while BOE and TCL China Star plan to mass-produce from their respective fabs in 2024.

At the same time, panel suppliers are projected to continue to make investment in OLED TV panel fabs. Samsung Display is currently installing equipment and machines at its QD OLED fab with an aim to kick off mass production at the end of this year. It is said to be even considering additional investment in the OLED TV panel fab as it is seeking to completely exit from the LCD business upon the sale of its LCD fab in Suzhou, China and LCD fabs in South Korea to focus more on both mobile and large-sized, next-generation OLED panel business. Its QD OLED and quantum dot nanorod LED (QNED), which are currently under development, are touted as the next-generation display technologies along with micro LED being developed by Samsung Electronics VD division.

Its local rival, LG Display, will likely make a final decision on additional investment in Gen 10.5 P10 fab after it successfully improves production yields of its fab in Guangzhou, China and profitability through production cost reduction, as well as expands its target market.

Chinese competitors, TCL China Star and BOE, also plan to commence the mass production of Gen 8.5 oxide OLED panels in 2024. But given the big technology gap with the South Korean peers, there is only a 30% to 40% possibility of achieving their goals. However, if they successfully execute the plans, their technology could be a big threat to their South Korean peers.

Based on the new LCD and OLED investment plans mentioned above, the production capacity of OLED panels is forecast to continue to grow at a double-digit pace, while LCD panel capacity is expected to grow at a single-digit rate because of line closures.

The aggressive investment in the next-generation display technologies should enable South Korean panel makers to maintain the market leadership. 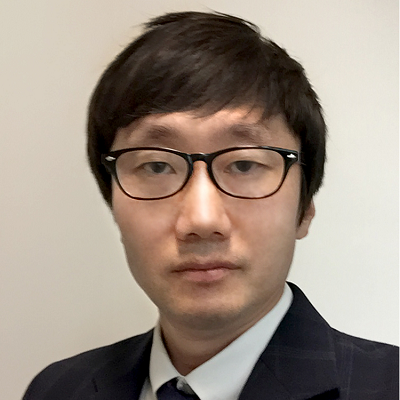 As part of Omdia’s displays research practice, Ricky Park examines all the major flat panel display (FPD) applications. He analyzes historical shipments and forecast projections, including details from global FPD producers, and provides insights on the many different segments, technologies, features, sizes, resolutions, and prices within the FPD industry.

Ricky joined Omdia (formerly IHS Markit) in 2012 when it acquired Displaybank, where he had worked for 11 years. He has published syndicated reports covering display technologies and has served as project manager of industry feasibility studies for Fortune 500 companies. One of the main developers of Omdia’s displays practice, Ricky applied his unique methodologies, processes, and network capabilities to expand the business into its current form. He has also conducted analytical studies of key markets, specializing in various technologies and applications of the electronics value chain industry. Ricky received his bachelor’s degree in engineering from Hanyang University in Seoul, South Korea.