The new Google-backed submarine cable, Equiano, has landed in Africa, as Google and other hyperscalers target the growth opportunities on the continent.

The new Google-backed submarine cable, Equiano, landed in Africa in March, just a few months after Google revealed plans for further major African investment as it and other hyperscalers target the growth opportunities on the continent.

Google plans to invest $1bn in African connectivity and startups

Google’s new submarine cable, Equiano, which will connect Europe and Africa, has made its first landing on the African continent, reaching the Togolese capital Lomé in March 2022.

Google says Equiano, which is due to launch commercial services later this year, will provide 20 times more network capacity than the previous cable built to serve Africa, helping to reduce internet access prices on the continent by 21%.

CSquared, which was set up by Google in 2011 as a project to build metropolitan fiber networks in sub-Saharan Africa, has formed a joint venture, CSquared Woezon, with the Togolese government to operate the Equiano cable in Togo. CSquared, which runs wholesale networks in Ghana, Kenya, Liberia, and Uganda, is now an independent company after new investors Mitsui, Convergence Partners, and the International Finance Corporation became shareholders alongside Google in 2017.

Equiano is important, but it represents just one part of Google’s plans in Africa. Google’s CEO Sundar Pichai announced in October 2021 that the company will invest $1bn in Africa over the next five years to make internet access more affordable, help businesses with digital transformation, and support tech startups. Pichai is taking a personal interest in the initiative, and he also addressed the African Union’s Business Forum in February about Google’s plans on the continent.

Other hyperscalers also have plans to tap into the long-term growth opportunities in Africa. The 2Africa subsea cable, backed by Meta (formerly Facebook) and several major telcos, is one of the largest submarine cable projects in the world and is due to launch services in 2023–24. Amazon Web Services (AWS) launched its first data centers on the continent in 2020 in Cape Town, South Africa. As an aside the association is not new: the initial version of the AWS cloud computing system was developed in Cape Town about 14 years earlier.

So why are Google and its peers interested in Africa? Factors include the growth prospects on the continent. Broadband penetration is still low in Africa, while the UN expects the population of sub-Saharan Africa to double between 2020 and 2050. The infrastructure underpinning Africa’s connectivity must be improved if it is to support more users and more usage. And the hyperscalers are no doubt expecting that bringing more people online will expand the market for their other services and businesses.

Local players are also upgrading Africa’s infrastructure. Liquid Intelligent Technologies has built a distinctive position as a provider of pan-African connectivity through the fiber networks it has deployed widely on the continent. And the service portfolio extends beyond fiber: Liquid’s parent Econet recently set up a new entity, Cassava Technologies, to bring together its African fiber, cloud, data center, and financial technology businesses.

With multiple global and local players working on Africa’s connectivity infrastructure, one might wonder whether they will be rivals or partners. But the scale of the task of ramping up the continent’s infrastructure means it’s likely a case of the more the merrier for now. 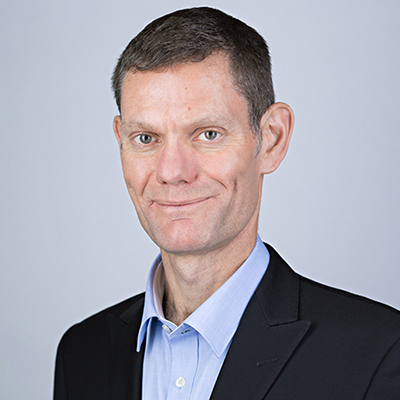