VR and AR are both on the rise, but their supply chains have key differences

VR and AR are both at the early stages of developing their customer bases, but it's clear even at this stage that the supply chains for the display technologies underpinning the two are divergent and will develop with distinct differences.

But before we look at these distinct supply chain, let's review the underlying display technologies.

For VR displays, popular TFT LCDs and AMOLED used on smartphones can also be applicable to VR devices. Some device makers adopt OLED on silicon (OLEDoS), which has silicon-based driving circuits, not TFT-based. VR display design can be single-display or dual-display. Optical lenses, such as the Fresnel lens, are used to better gather display emission to the eyes. The requirements for VR displays include higher resolution for higher pixels per degree (PPD) and lower screen-door effect.

The degree in PPD is based on the angle between the display and eyes, or field of view (FOV). A bigger FOV provides better immersion. No latency is preferred because most content for VR applications is 3D animation. However, there are tradeoffs when designing VR devices. Higher display specifications mean higher display cost, higher power consumption, and a bigger form factor.

Most AR displays are silicon-based. Available micro display technologies include digital mirror device (DMD), laser beam scanning (LBS, which is used in Microsoft HoloLens), OLEDoS, and LEDoS. For the headset design, users do not look directly at the micro display. Instead, the user looks at the micro display through optics. Waveguide as optics is a popular design.

Display emissions come from the micro display and then are guided into the waveguide. The waveguide is thin and transparent, so users can see the real world and digital objects overlapping in the waveguide concurrently. Unfortunately, the emission lost through the waveguide is almost 99%. Therefore, high brightness is crucial to AR displays.

Overall, the VR display supply chain is more mature compared with AR display. This is because popular TFT-based LCD or AMOLED displays are widely used, and panel makers such as JDI, Sharp, and Samsung Display are already present.

The AR display supply chain is less mature because display and optics technologies are not widely available yet, and shipment volumes are still too low to convince makers to increase their investments and production in the supply chain. Many display makers in this supply chain are smaller, with employees below 100–200 people. To enable adoption and the ecosystem, some makers concurrently offer display, optics, and reference set designs to encourage adoption by the brands.

Major components for AR display are micro display and optics. Both are a combination. LEDoS is advantageous for its high brightness, but its RGB technology is not mature. OLEDoS is more mature. OLEDoS can be applied to VR and mixed reality (MR), but its brightness might be too low for waveguide-based AR. LCD on silicon (LCoS), LBS, and DMD are also adopted because the brightness can be improved from the light source. For the waveguide, there are different technologies such as diffraction, holography, and reflection. Its performance in converting display emission is still very poor.

For the AR market to take off, name brands play the most important role. AR device systems could be more complicated than smartphones, be it display, optics, or computing. Only name brands can balance the technical factors for performance, technology maturity, form factor, and BOM cost. 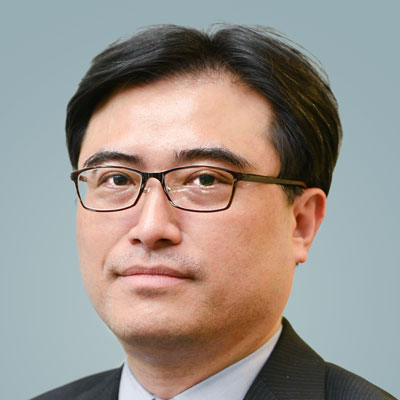 Calvin Hsieh is the leader of Small Medium Display and Touch User Interface, which is a functional team under the larger team of Components & Devices: Displays. He is responsible for managing the team, primary research, and forecasting on the touch display and emerging display-based user interface market, such as fingerprint on display. Read bio