Deep dive into the technology dynamics that are driving the robotics industry.Unlock over 20 markets for robotics, use cases, vendor platforms and robotics components. Our reports include detailed profiling of key industry players, products, and market forecasts by geography and application. Product Overview

The emergence of leading-edge autonomous driving technologies and mobility-as-a-service (MaaS), along with a greater push for cleaner plug-in hybrid electric vehicles (PHEVs) and the present era of hyper data connectivity, are creating huge opportunities to fundamentally change the way people travel. Despite the majority of people agreeing that the autonomous vehicle (AV) is going to be the next big thing in the future and that it offers tremendous benefits, such as reduced mobility and infrastructure costs, increased safety, increased mobility, increased customer satisfaction, reduced crime, and disruption to other industries that are based on mobility, there are still several valid questions on the safety, liability, legal framework, loss of driving-related jobs, and ethical dilemmas that have no clear answers yet. The companies that are leading in AV technology, connectivity, and automobile manufacturing are pouring in a significant amount of capital to secure a strong position in the driverless future, and at the same time, all players ranging from small startup component vendors to municipalities are actively seeking their roles in the ecosystem. This Tractica report examines the market and technology issues surrounding consumer AVs and presents 6-year revenue forecasts for the industry. Tractica addresses the crucial market drivers and challenges, in addition to assessing the most important technology issues that will influence market development. In total, Tractica profiles 44 industry players. Market forecasts are segmented by world region and vehicle type.

The global robotics market is in the early stages of a shift toward non-industrial robots. It is seeing some growing pains, as expected when moving from a mature domain of robotics to new application areas. Many of the non-industrial robot categories are starting to feel the strain, including consumer robots, consumer unmanned aerial vehicles (UAVs), consumer autonomous vehicles (AVs), and customer service robots. Many of the startups that have emerged in the past few years promising a new future for robots have had to face hard truths. These include underestimating hardware and production challenges, overpromising on artificial intelligence (AI) and robotics technology capabilities, challenges around pricing for personal assistant robots, and investors running out of patience with many of the robotics startups. Despite setbacks in some of the sectors, Tractica still expects continued growth in the non-industrial robotics market. Non-industrial robots are still projected to be 10x to 12x larger in terms of revenue opportunity than industrial robots. In the 2018 Robotics Market Forecasts report, Tractica assumed higher growth for non-industrial robots due to the large amount of investment activity and product launches. However, in 2019, a slower pace of growth for non-industrial robots is expected, especially among consumer robots, consumer UAVs, and consumer AVs, as sentiments change because of the hard truths described above. A near-term negative impact from the U.S.-China trade war on robotics growth in China is also expected. In the longer term, this effect should level out, and the Chinese robotics market will continue to lead in both the industrial and non-industrial sectors. This Tractica report covers the global market for robotics, including consumer robots, enterprise robots, industrial robots, healthcare robots, military robots, UAVs, and AVs. These categories are further segmented into 23 robot application markets. Market data within the report includes robot shipments and revenue segmented by world region, application market, and enabling technology. Tractica’s attach rate analysis covers the following technologies: machine vision, speech/voice recognition, gesture recognition, and tactile sensors. The forecast period for this report extends from 2018 through 2025.

Today, one of the most dynamic and promising sectors is the delivery of items by autonomous robots and drones. This industry is on the verge of breaking out as soon as the hardware is fully developed and regulations and traffic management systems are in place to allow the safe and reliable transport of goods with these technologies. Intensive R&D efforts by leading players are moving the industry forward through innovation and competition. The dramatic growth projected for the global delivery robot market from 2019 to 2025 will provide rich opportunities for established companies and startups that produce robots, drones, related components, and services, as well as investors and researchers. As companies become aware of the growing importance of and uses for delivery robots, a gap remains in understanding exactly how they will work and the implications for their businesses. The outlook for delivery robots, delivery drones, and autonomous delivery vehicles will be driven by robust demand from e-commerce fulfillment, food & beverage sales, and logistics. The COVID-19 pandemic is expected to spur the development of favorable regulations and technologies and attract more investment to this industry. Omdia expects the overall delivery robot market to grow from $121.0m in 2019 to $2.2bn by 2025. This Omdia Focus Report provides a concise examination of the market issues surrounding delivery robots and presents 6-year revenue forecasts. The report discusses the crucial market drivers, challenges, and industry applications, in addition to assessing the most important technology issues that will influence market development. Omdia profiles the top 20 industry players, organized by robot type. Global market forecasts, segmented by delivery robot type, market, and geographic region, extend through 2025.

The market for unmanned aerial vehicles (UAVs), commonly known as a drones, is starting to realize its potential for commercial applications. Major players in many industries and government agencies have already taken the first steps to evaluate drone solutions and systems. Today, the drone industry is beginning to move into the next phase of market acceptance and development. This is an evolution from small pilot tests to larger-scale implementations where drones are being incorporated into commercial processes and budgets. The commercial drone industry is maturing past the initial hype stage when investors pumped billions of dollars into numerous startups around the world. The market is now moving into a phase of steady, sustained growth and consolidation, with more realistic expectations and a focus on core solutions where drones clearly excel. It is beginning to determine which companies are likely to achieve long-term leadership and which may fall by the wayside. Now is the time for the companies to perfect their products and gain momentum, mindshare, and market share. Tractica expects the commercial drone market to continue growing rapidly over the next few years while providing significant opportunities to various industry participants, reaching global revenue of $13.7 billion by the end of 2025. This Tractica report examines the market and technology issues surrounding commercial drones and presents 8-year revenue forecasts for the industry from 2018 to 2025. The report discusses crucial market drivers, challenges, and regulatory issues, in addition to assessing the most important technology issues that will influence market development. In total, the top 25 major industry players are profiled, organized by hardware makers, flight management and drone services, data and analytics services, and delivery companies. An information bank of 201 key and emerging companies is included in the company directory. Market forecasts are segmented by world region, airframe type, industry, application, and customer type. 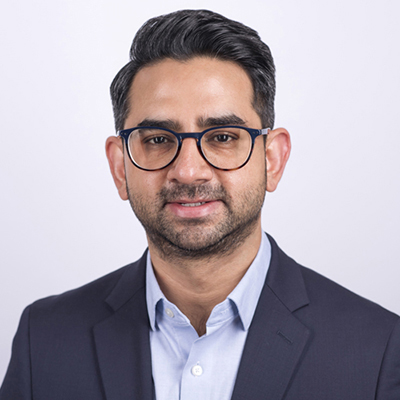