Reshoring and diversification: Who are the real winners in a post-COVID-19 world?

The ongoing trade negotiations between the US and China, a global pandemic outbreak, and trade protectionism are reshaping the global supply chain for industrial automation equipment and shifting the market dynamics of machinery production.

The ongoing trade negotiations between the US and China, a global pandemic outbreak, and trade protectionism are reshaping the global supply chain for industrial automation equipment and shifting the market dynamics of machinery production. Emerging economies are expected to benefit from ongoing reshoring efforts, supply chain diversification, and trade protectionism because these efforts will make the global economy less dependent on a single region.

A trade war, then the pandemic

In January 2018, US President Donald Trump imposed tariffs on a wide range of Chinese goods, from white goods to commodities such as steel and aluminum. In return, the Ministry of Commerce of China responded by setting tariffs on 128 products imported from the US. After several rounds of negotiations, both countries settled on a tentative agreement for the first phase of a trade deal in October 2019. In this trade deal, China agreed to buy up to $50 billion in US farm products and accept more US financial services in the Chinese market, with the United States agreeing to suspend new tariffs scheduled for October 15, 2019.

However, the increasing uncertainties in the trade policy and the trade war have negatively affected global trade. Real exports and GDP of countries facing new tariffs, including the United States and China, declined. As a result, trade protectionism and supply chain diversification arose. Reshoring started to occur to avoid additional tariffs, and companies started to invest in locations that are closer to the demand location.

The outbreak of the coronavirus (COVID-19) pandemic is a contributing factor to speed up reshoring and trade protectionism. The extended Chinese New Year shut down in China caused supply chain disruptions, especially in sectors like electrical and electronics, petrochemicals, and automotive. This has made many manufacturers realize the importance of supply chain diversification, instead of sourcing parts and components from a single market. Additionally, when COVID-19 spread across the Americas and Europe, shortages of masks, personal protective equipment (PPE), face shields, and gloves were the biggest challenge, and supplies from domestic manufacturers were insufficient. This underscored the risk of dependency on China in the supply chain.

Who will be the winner?

Governments around the world started to recognize the risk of relying on China’s manufacturing industry across all technology sectors, especially within automotive, medical equipment, electronics components, and raw materials. Japan’s Ministry of Economy, Trade and Industry is subsidizing Japanese companies to shift manufacturing out of China and into Southeast Asia or Japan. Meanwhile, the US government is working on a phase-four stimulus package of at least $2 trillion that would focus on strengthening US manufacturing and include incentives for US companies to reshore operations.

Some of the most notable reshoring or diversification initiatives include:

Additionally, the current trade conflict between the US and China is invigorating regional trade between countries in Asia Pacific (APAC) and strengthening regional integration to propel economic growth, especially during a post-COVID-19 economy.  Meanwhile, the Association of Southeast Asian Nations (ASEAN)-led Regional Comprehensive Economic Partnership (RCEP) is expected to be signed toward the end of 2020. The RCEP involves all 10 ASEAN members and five of its major trading partners: Australia, China, Japan, New Zealand, and South Korea; this would be the world’s largest trade agreement ever.

Although the US government is encouraging companies to bring manufacturing back home, companies are most likely to source for alternative manufacturing locations with cheaper labor costs rather than bringing it back to the US, Japan, or other advanced economies. When the RCEP comes into play and manufacturing begins to be less concentrated in China, emerging economies in Southeast Asia, India, and North Africa are likely to benefit the most.

Omdia expects COVID-19-related headwinds will cause cuts in capital expenditure (capex) in the short term. However, it will also be a good time for companies to consider restructuring their supply chain or digitally transforming the current manufacturing process.

A shift in the industrial market

Additionally, the industrial automation equipment market is shifting. Europe, the Middle East, and Africa (EMEA) and the US have historically been the trendsetters in this sector. However, they have not been leading in terms of production growth since 2014, due to the rapid rate of globalization and industrialization in China and the rest of APAC.

International trade instabilities, coupled with the reshoring incentives and the upcoming RCEP trade policy, will make APAC a more favorable spot for industrial companies to invest. According to the recent Omdia Industrial Automation Equipment Market Tracker, APAC will be the first to recover from the headwinds of the COVID-19 pandemic, and demand from the rest of APAC will spearhead global recovery efforts. 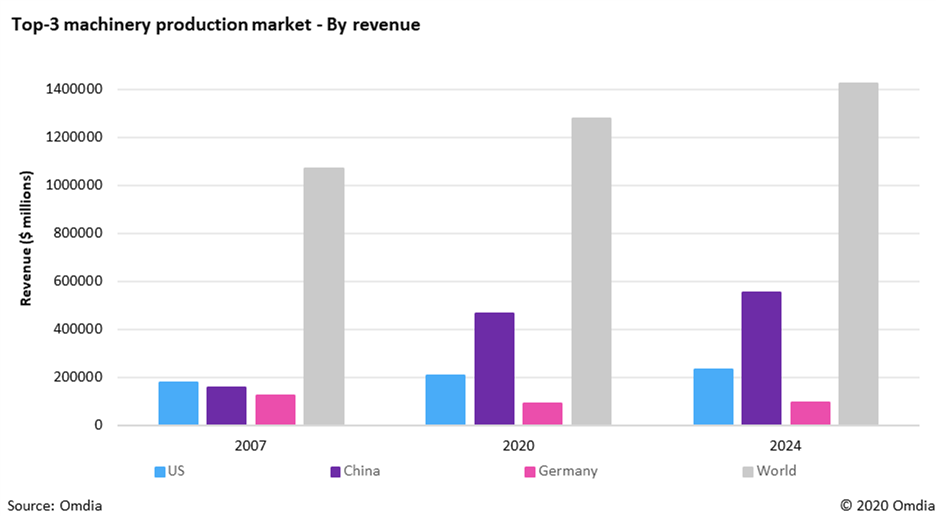 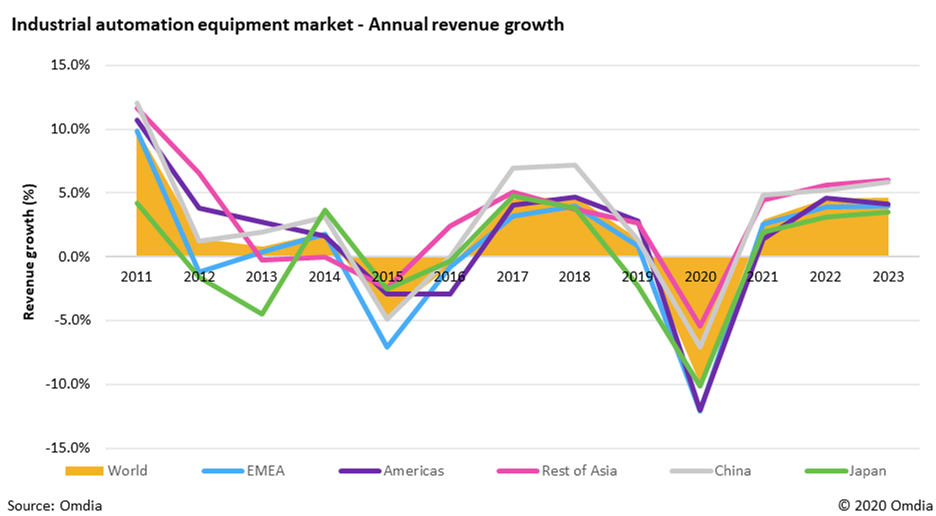 In conclusion, the shift towards reshoring or near-shoring is likely to accelerate rapidly in the coming years in order to rebalance the global supply chain. Although developed countries like the US, Germany, and Japan will benefit slightly from government initiatives, Omdia expects that the emerging countries in APAC will be the biggest winners. 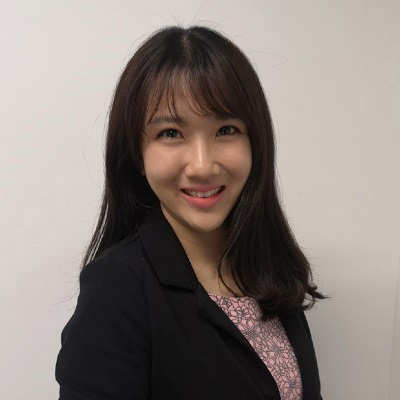 Joanne joined Omdia (formerly IHS Markit) in 2015. Previously, she was at AMD as an equipment/process engineer, where she was involved in cross-functional team projects to drive improvements in yield and process productivity. Joanne holds a bachelor’s degree with honors in biotechnology from UCSI University in Malaysia. She is fluent in Mandarin, English, and Malay.