TV set shipments continued to surprise in the third quarter of 2020. Overall shipments posted double-digit growth from the previous year.

TV set shipments continued to surprise in the third quarter of 2020. Overall shipments posted a growth of 15% over a year earlier, totalling 62.9 million units. It was the highest-ever third quarter result, and 10.5% above our forecast. 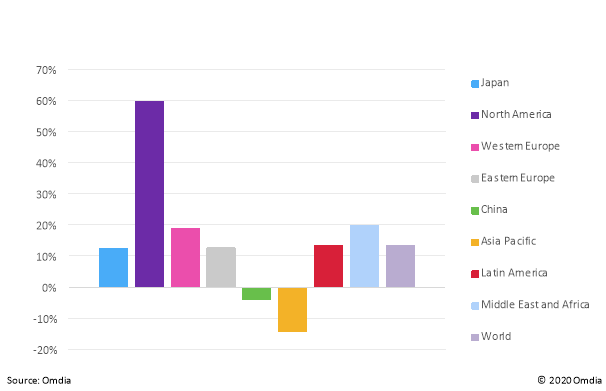 Shipments continue a trend of robust demand in developed regions. COVID-19 countermeasures have increased the value of home entertainment while also removing other expenditure such a commuting, meals out and vacations. As a result, many households have extra money to spend on entertainment upgrades. North America saw its best quarter ever, with a stunning 16.4 million sets shipping. While partly due to refilling a depleted pipeline, it demonstrates renewed enthusiasm from consumers.

After a very weak second quarter, emerging markets also fared surprisingly well. With COVID-19 hitting them somewhat later, the quarter was likely to see disruption. Considering all of 2020 to date, total shipments are down on 2019; unlike developed markets which have seen growth compared to the first three quarters of 2019.

China had a quiet quarter – while life and its supply chain returned to normal, demand was damped by sharp rises in LCD panel costs caused by extremely tight capacity in panel fabs. With price increases in LCD panels of up to 60% this year, consumers are seeing rising TV prices and reduced promotional activity.

UHD TVs also saw strong shipments, recovering ground lost in early 2020 when shipments of small (non-UHD) sets were strong. It was the second-best quarter ever, behind only the seasonally-strong 4Q’19. UHD resolutions accounted for 58.6% of all TVs shipped.

While 8k shipments proved better than forecast, they only accounted for 82.5k shipments. They have not yet reached breakthrough levels as a significant part of the TV market. Shipment share was flat at 0.22% of all UHD and 0.13% of all TV shipments.

Smart TV penetration continued its steady progression, reaching a record 85.9% of all TVs shipped, up from 79.2% a year ago. 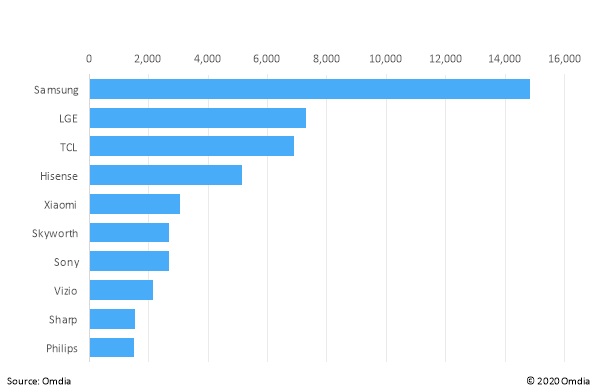 Clearly the current trend is more than just release of pent-up demand and inventory replenishment. With the Northern Hemisphere winter and renewed lockdown measures, TV viewing is becoming more valuable to consumers. We can expect firm demand to continue at least until the end of the year. So far, cost increases (principally on LCD panels) have not worked their way fully through to consumers. The coming months will see upward pressure on prices combined with the longer-term economic consequences of COVID-19 becoming apparent. Much will depend on whether other regions can repeat the V-shaped recovery seen in China. 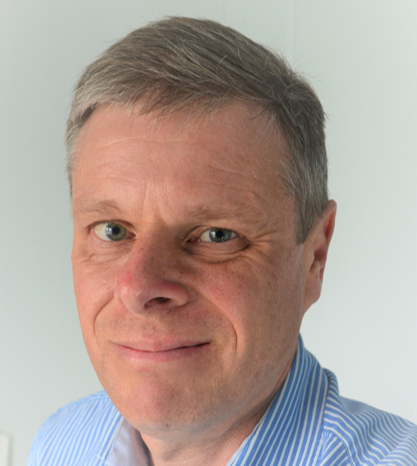 He joined Omdia, formerly IHS Markit, more than 10 years ago. With more than 30 years’ experience in the TV set supply chain working for NXP and Philips in semiconductors and displays, Paul continues to research the TV set business. He has also worked on wearable and media devices and has tracked and forecast the smart TV business from its very beginning. Paul has been cited by, among others, the Financial Times, Korea Times, Korea Daily, Nikkei, and Le Monde. He has also offered expert viewpoints in online, radio, and television programming. Paul holds a degree in electrical engineering and a diploma in industrial studies.