BT has deployed an IT stack to support its reinvention as a platform business that connects hyperscalers, other carriers, and software vendors with its multinational customer base. This includes a high adoption of TM Forum Open APIs.

BT’s Global division has deployed a brand-new IT stack to support its reinvention as a platform business that connects hyperscalers, other carriers, and software vendors with its multinational corporate customer base. This includes a high adoption of TM Forum Open APIs to foster ecosystem interoperability and deeper integration with its customers’ IT systems, making it easier for customers to do business with BT.

BT sets out its vision for multinational corporate services

BT held a global analyst event on 30 September, Focus 2020, where it outlined plans to reinvent its Global division, focused on multinational corporates, as an over-the-top (OTT) digital platform through which customers could consume BT’s network and hybrid cloud services alongside third-party software and services.

This reinvention involves a reorganization of the division into three areas: NetCo (the network underlay), DigiCo (a customer-facing area focused on selling solutions based on NetCo and third-party infrastructure), and ThreatCo (a managed security service based on best-of-breed partners).

DigiCo will sell services such as SD-WAN, SD-LAN (including Wi-Fi), security, and unified communications (UC). It will also have specialist vertical offerings for industries like banking and manufacturing.

The reinvention of BT’s Global division is timely given its projection of a 9% contraction in the market for multinational corporate networking between 2019 and 2030, and a mix shift from traditional WAN (including MPLS) towards SD-WAN from 90/10 currently to 10/90 by the end of the decade. In addition to these headwinds, as customers move more workloads from their own datacenters into public cloud, traffic is being diverted from the networks of carriers such as BT to the backbones of the hyperscalers.

Adding to the urgency to transform, BT expects its “digital workplace” market to decline by a third over 2019–30 with growth in UC and IP voice only partially offsetting the disappearance of PSTN voice. BT aims to add value on top of products like Zoom by offering identity management, session border controllers, enhanced security, and other services. More encouragingly, BT sees market growth for edge networking (e.g., enterprise Wi-Fi) and managed security services.

In the face of new technologies such as cloud, SD-WAN, and UC, enterprises may enjoy lower costs, but they face increasing complexity. As such, BT aims to supply them with the end-to-end connectivity fabric that allows them to easily manage a multicloud, hybrid network regardless of who provides the underlying infrastructure.

A new IT stack to enable the new OTT platform

BT made multiple acquisitions in the early 2000s to build its Global Services division. Each came with its own IT systems and technical debt. The amalgamation has hampered BT’s agility and cost efficiency. Given the MPLS/PSTN headwinds outlined above, BT has invested heavily in recent years in new capabilities such as SD-WAN. However, it initially implemented these on aging IT systems designed to support a network-centric business.

BT thus decided to build a brand-new IT stack to support the DigiCo/OTT concept. This stack is completely WAN agnostic, connecting to BT NetCo and third-party carriers. By logically separating the new IT, BT’s Global division no longer needs to model the complexity of the underlying infrastructure in their products.

At the analyst day, BT’s Global division Chief Technology and Information Officer, Hriday Ravindranath, outlined the greenfield IT stack that his team has architected. The chosen software is all micro-services based and cloud native. Some of it is consumed as SaaS.

To build, deploy, and operate cloud-based software, DigiCo has adopted a DevOps engineering culture using tools such as Jenkins and Pivotal Software’s Cloud Foundry, now part of VMWare’s Tanzu portfolio. Some of its applications are built natively in public cloud platforms such as AWS; others are built to run in its own private cloud. DigiCo has also partnered with Google Cloud on AI/ML initiatives to make the business more data driven.

Using Vlocity (for product catalog) and Ciena Blueplanet (for fulfillment), BT has taken a new approach to product modelling, breaking products down into their smallest atomic parts as reusable components that can be shared across multiple customer propositions. The combination of Blueplanet’s intelligent automation software with ServiceNow’s service desk platform will enable zero touch orchestration and assurance, according to BT.

Interoperability between software components through adoption of TM Forum Open APIs is a cornerstone of the architecture. For example, BT has worked with ServiceNow as a design partner, enhancing the standard TMF API data models to make them more useful for specific workflows such as setting up an SD-WAN. These API enhancements have been fed back to TM Forum so that others in the community might benefit. ServiceNow has also made these capabilities available to customers of their Telecommunications Service Management product.

BT has taken part in various TM Forum Catalyst projects this year. Their intention is not to just adopt standard APIs, but also make them more useful and drive industry adoption. This will facilitate interoperability between the ecosystem of partners (carriers and technology vendors) that BT plans to monetize through DigiCo. Hriday likens this approach to that of Tesla when it chose to share its battery intellectual property to stimulate growth in the entire electric vehicle industry.

The new DigiCo stack allows BT to become more embedded in the workflows of its enterprise customers through APIs, managed with Google’s Apigee. Through this “digital experience layer” they will expose partner capabilities, such as the Equinix Cloud Exchange.

Another example of tighter integration with its customers’ IT is e-bonding. BT’s instance of ServiceNow can connect with the IT Service Management system of its customers (over 95% of which use ServiceNow) through an API-like concept called e-bonding. Customers can download the BT Digital Services app on their own instance of ServiceNow. This has around 35 prebuilt automation journeys (e.g., LAN port activation), with more complex uses cases on the roadmap. E-bonding avoids the need for development and coordination by both customer and BT which previously could take as long as six months. This has now been reduced to a few clicks for the enterprise customer, and is completely automated on BT’s side.

Hackathons and proofs of concept key to vendor selection

Hriday noted that to select the software components for DigiCo’s greenfield IT stack, BT ran a comprehensive tender process in record time. From the start of the selection process to the signing of the first contract took just over four months. Given the stringent timeline, Global relied on industry analyst input to define the RFP and shortlist. They also consulted with industry peers such as Telstra that had taken a similar approach to IT innovation. Most importantly, BT ran a hackathon where its development teams built use case prototypes with shortlisted partners. This unearthed gaps in capabilities that had not been apparent from the written proposals and supplier presentations. This hackathon approach is now being used more widely across BT Group.

There is much to commend in BT’s approach to reinventing its Global division as a platform play, and rearchitecting the IT that supports it. Other operators should look to learn from this just as BT in turn has learned from peers such as Telstra. Cooperation and coopetition with other carriers and hyperscalers is the right approach to dealing with the demise of MPLS data and PSTN voice. Proof of concepts and hackathons are a better approach to software selection than lengthy RFPs. The industry must reinvent itself and constantly innovate to remain relevant in the 21st century. 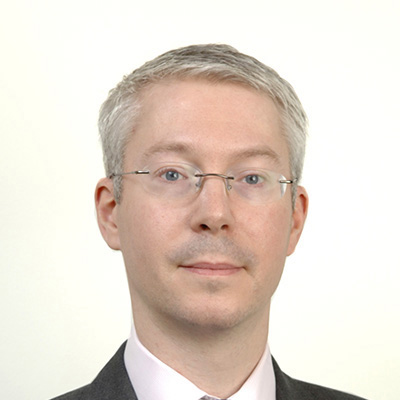 Before joining Omdia, James led Heavy Reading’s communications service provider IT & automation research service. James holds a Bachelor of Science and Master of Engineering in electrical and mechanical engineering from the University of Manchester, England. Earlier in his career, while working as a financial analyst, James passed the three exams required to obtain the Chartered Financial Analyst qualification. In addition, James has a Master of Science in electronic engineering from the University of Surrey, England.