How gigabit became the broadband standard

There are several drivers behind the trend for gigabit and multi-gig service offerings: 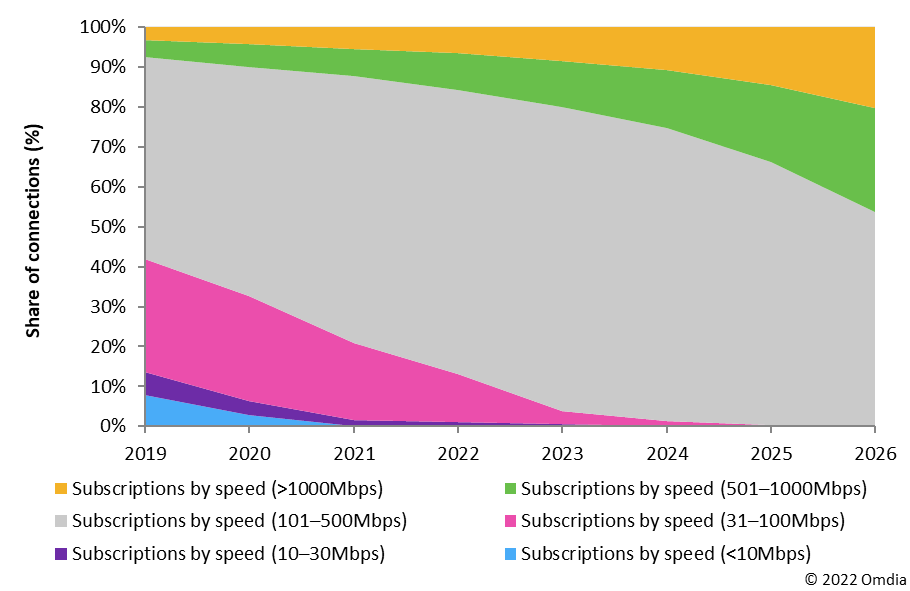 Since 2019, work from home, remote learning, and e-services have moved from minimal to commonplace. Bandwidth consumed in the average home has eclipsed rates from prior years; this trend continues in 2022. Households were once considered “power users” because monthly data usage of 1TB or more is now regarded as average. In tandem, subscribers are paying more attention to their download speed throughput. According to Omdia, the average download speed per subscriber was 200Mbps in 2021, increasing to 700Mbps by 2026.

Furthermore, upload and low latency are not just topics for business services. Residential subscribers have adopted upload and latency-sensitive hobbies, including cloud gaming and live streaming. These factors have many subscribers analyzing their broadband service. Competition is leading to churn when broadband requirements are not satisfactory.

Several operators are installing 10G optical networking terminals (ONTs)/optical networking units (ONUs) at customer premises. The cost difference between 10G PON ONTs/ONUs and the older generations has declined to less than the cost of a truck roll. The service provider can eliminate the cost of a truck roll in the future by deploying 10G PON ONTs/ONUs now. Figure 2 shows the expected growth in North America for next-generation ONT/ONUs ports (10/25/50G GPON + EPON) between 2022 and 2027, forecast to grow at a 74% CAGR from 2021 to 2027. 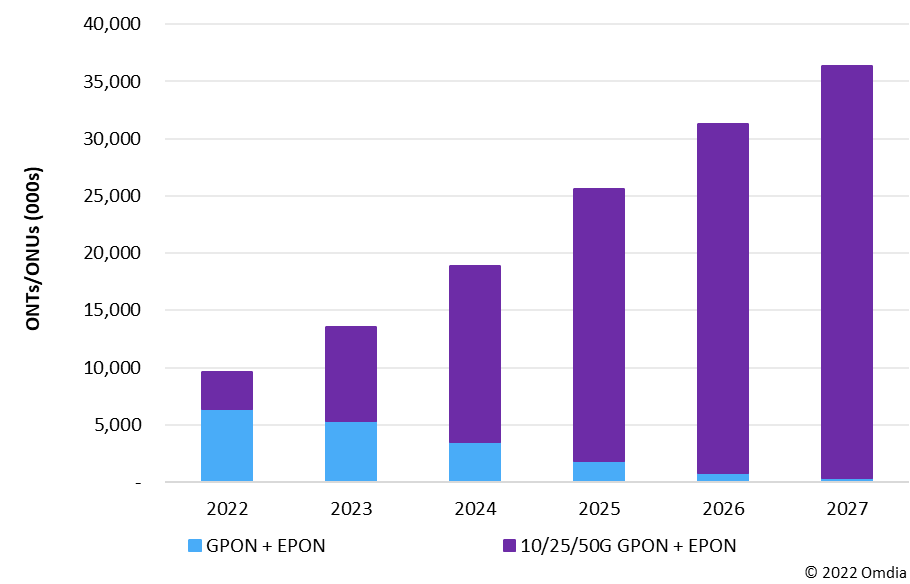 Even though the take-up rate for gigabit and multi-gig tiers is still low, the consumer perception that these speeds should be omnipresent offerings has taken hold. If a service provider does not offer gigabit service, consumers may now perceive them as subpar; this is despite whether the customer wants a gigabit-speed service or not. Further, if gigabit service is available in a subscriber’s footprint from a competitor, especially symmetrical, there is the risk of churn. The subscriber may perceive the competitor’s network as “better,” even if they do not take the gigabit service.

Investments from governments and private equity

There have been significant government investments in broadband in North America for over a decade. The aims have been to bridge the digital divide for millions of unconnected and under-connected. Many homes are without reliable broadband because of the cost-prohibitive nature of connecting the “last mile” or last part of the connection to the customer premise. Many of these places are in rural or hard-to-reach areas. Recently, more funds were created to overcome these obstacles, including $65 billion by the US government. While government subsidies are not directly driving gigabit services, they are making many “last miles” less cost-prohibitive. They are creating millions of new subscribers, too.

Fiber networking is seen as a thriving market in the private investment sector. Financial institution investors, including private equity and pension funds, view fiber as an asset with an attractive risk-return profile. Many investors are willing to invest capital with longer paybacks, given the utility profile of broadband investments. Because of this investment, many service providers are expanding their fiber-to-the-home (FTTH) buildouts and service offerings.

Gigabit service is the norm today, but the number of multigigabit offerings is expanding. High-quality offerings are becoming more prevalent, including low-latency services geared toward gamers and enterprise-like services for those now permanently working from home. The bottom line is consumers are demanding better broadband offerings. Vendors are supplying next-generation solutions, operators are deploying gigabit services, and investors are providing the funds in a race that is not showing signs of slowing down anytime soon. 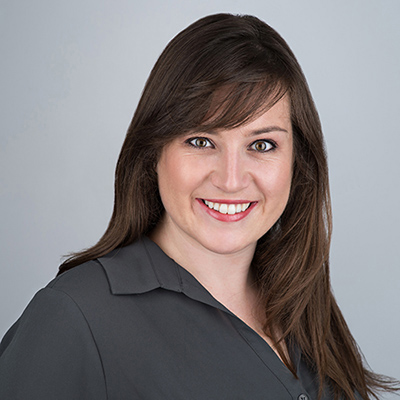 Jaimie’s research areas include fiber, copper, cable, and fixed wireless access technologies. She has worked in the telecoms industry for over seven years. Prior to joining Ovum (now Omdia) in 2017, Jaimie was a broadband infrastructure and customer premise equipment analyst at IHS Markit. She previously held roles in the public policy and construction sectors. Jaimie’s research findings and thought leadership have been published in key filings for prominent regulatory bodies, including the Federal Communications Commission (FCC) and the EU. She holds a bachelor’s degree in political science from Montana State University. 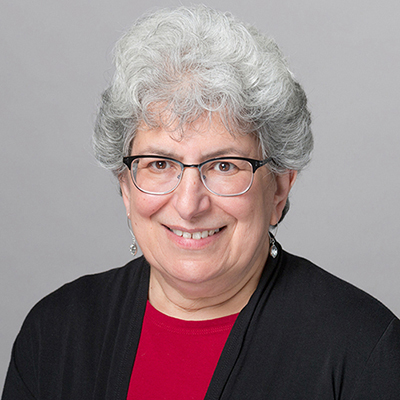 Julie has worked as an executive, investor, and board member for communications companies, both private and publicly traded. Prior to joining Omdia, Julie served as vice president of business development for Teknovus, focusing on PON deployments in Asia Pacific, OEM agreements with major equipment vendors, corporate strategy, analyst relations, business planning, and fund-raising. Before Teknovus, Julie served as cofounder and general partner for Portview Communications Partners, a VC fund focusing on investments in early-stage communications technology companies. Julie received her MBA from the University of Chicago and is a regular participant at industry events around the globe.