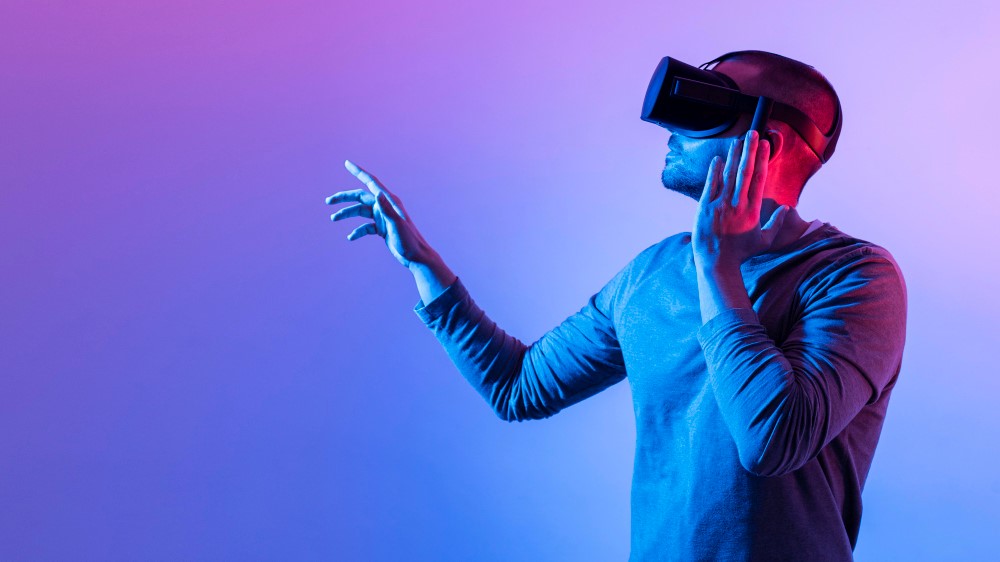 The latest outlook comes from Omdia’s Consumer VR Headset and Content Revenue Forecast 2021-2026 report, a deep dive into the VR market with individual forecasts for 30 countries. It finds that in 2021, 12.5 million headsets will be sold, while spend on VR content will reach $2 billion.

George Jijiashvili, principal analyst at Omdia, commented: “Standalone VR has quickly become the dominant device category, representing 83% of consumer VR headset sales in 2021. This was largely driven by the success of Meta Quest 2, which overdelivered on its promise of an immersive, untethered VR experience at a punchy price.”

Across the 30 countries in Omdia’s report, the penetration of VR headsets will stand at only 2.4 headsets per hundred households in 2021. This will grow to just 6.3 in 2026, highlighting the long road ahead for VR’s mass adoption. Nevertheless, at 70 million, actively used VR headsets are set to outnumber Xbox consoles by 2026. 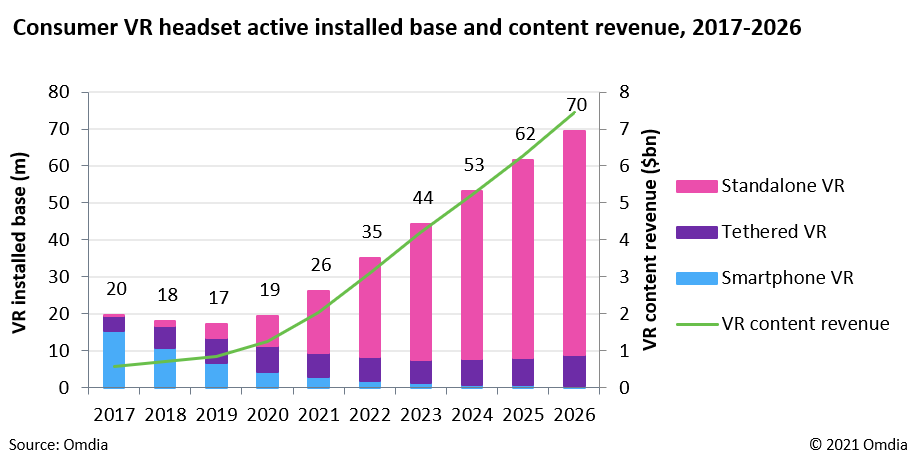 As Meta builds its self-sustaining consumer VR ecosystem, other manufacturers feel the heat

Quest 2 has exceeded industry expectations, with an estimated 2.4 million headsets sold in its first three months of availability in 2020, making it the fastest-selling VR headset to date, with a further 7 million projected to be sold by the end of this year. In comparison, it took Sony three years to sell 5 million PlayStation VR headsets.

Jijiashvili notes, “It's undisputable that Meta’s continued investment has elevated the entire VR market, placing it on a route to mass adoption. However, Meta’s aggressive loss-leader strategy has made the consumer VR market inhospitable to most headset makers, who have shifted their focus to enterprise VR or left the space altogether.”

Facebook’s share of global standalone VR headset sales is however predicted to reduce from 59% in 2021 to 46% in 2026. As the hype surrounding the metaverse gathers pace, other tech giants and hardware manufacturers will feel compelled to enter (or re-enter) VR, leading to a wider choice of competing headsets and platforms.

Although VR content revenue is set to surpass $2 billion in 2021, it still represents a tiny portion (1.2%) of the total games market revenue, let alone the broader media and entertainment market. For context, the top 10 major game publishers will each generate revenues well above $2 billion this year. By 2026, consumer spend on VR content will be worth $7.5 billion, with gaming responsible for 87%.

Meta’s commanding position in the consumer VR space, coupled with its near-complete reliance on advertising revenue, points to ads playing a big role in the future of VR. Omdia expects Meta to further explore the VR advertising opportunity in 2022 through more expansive testing and investment. As already seen this year, some pushback from early adopters is expected, but the reality is that ads will provide content makers with more monetization options, thus further growing the overall size of the VR content market.

In the attempt to make VR headsets lighter and more attractive, some headset makers are experimenting with shifting the processing and battery requirements to smartphones. The results have so far been underwhelming, but Apple's much-rumored entrance into VR could very quickly legitimize the new ‘smartphone-tethered’ category.

Omdia expects the line between virtual and augmented reality to increasingly blur. From 2022, there will be increased focus on the ‘passthrough’ VR feature, which lets users view an augmented version of their real-life surroundings through VR headsets. Meta’s upcoming Project Cambria headset is set to offer an improved version of this technology. Passthrough VR headsets will serve as a near-term stopgap between VR and the illusive mainstream consumer AR glasses, which still remain many years away.