This report analyzes the full-year 2021 advertising results of Google, Meta, and Amazon in comparison with Omdia’s forecast estimates for the year.

Over the past couple of weeks, online ad incumbents Google, Meta, and Amazon reported their full-year results for 2021. Strong growth was reported by all three, although Meta surprised some industry watchers by missing some key targets and posting its first ever decline in daily active users. Amazon, meanwhile, officially reported its advertising revenue for the first time. Combined, Google’s, Meta’s, and Amazon’s ad revenue results for 2021 were within 1% of Omdia’s forecast expectations for the year.

Last year, Omdia changed its methodology (“Omdia raises global online advertising estimates and forecasts from 2015 onward”) to more accurately reflect the size and dynamics of the online advertising market by developing granular country-level data for Google, Amazon, Meta, and Apple (collectively GAMA), which together account for 56% of global net online advertising revenue. This share rises to 70% when China—where GAMA’s ad operations are either prohibited or significantly limited—is excluded from the global total.

What this means is that the revenue generated by these players—Google, Meta, and Amazon in particular—has a significant impact on the performance of the total global online advertising market. Modeling each company’s ad revenue individually on a territory basis allows Omdia to provide the most accurate view and forecasts of the online advertising space for individual markets and global regions. It also gives Omdia and its clients a unique view into not only the ad revenue generated by GAMA as media owners but also their extended network revenue, for example, Facebook Audience Network and Google Display Network revenue. We primarily focus on tracking net advertising revenue (i.e., media owner revenue), so data reported by Google, Meta, and Amazon differs from the GAMA ad revenue data in Omdia’s Advertising Intelligence Database.

Omdia does, however, model each company’s gross advertising revenue as part of our validation process and therefore can produce our own forecasts that conceptually match the data officially reported by the main players. Comparisons between ad revenue reported by the companies and Omdia’s equivalent forecasts for full-year 2021 can be found in Table 1.

As the table shows, Omdia’s forecasts were within 1.5% of reported actual revenue on a company level across the board. We will be folding the full-year actual reported figures into our data during our upcoming 1Q22 advertising data refresh.

Our 2021 ad revenue forecasts for Meta, which surprised many industry watchers with its results announcement following missed targets and a first ever reduction in daily active users, were within 0.1% of the actual total. Indeed, Omdia was expecting the impact of Apple’s changes to its Identifier for Advertisers (IDFA), coupled with lower engagement rates on the core Facebook platform, to limit Meta’s ad revenue growth in 4Q21, even though the company’s ad revenue rebounded strongly from the impacts of the pandemic in the first half of the year. New frontiers, such as the metaverse, may offer an escape route in the long term for Meta, but continuing to monetize users within Apple’s mobile ecosystem and on its core Facebook platform are more pressing concerns. We expect Facebook ad revenue growth to slow to 16% in 2022, down from 34% in 2021.

Google, meanwhile, outperformed Omdia expectations—particularly in the Google Network and Google Search segments—even though we were already forecasting that the company would enjoy its highest full-year growth since 2007 in 2021. Indeed, publishers across the Google Display Network continued to enjoy a strong recovery in 4Q21 following the impact of the pandemic as more brand budgets shifted online and display ad prices rose. This also came as many advertisers shifted attention to Google’s display ad platforms in the wake of IDFA changes. Meanwhile, Google Search revenue was bolstered by a stronger growth in paid clicks and higher costs per click than Omdia was expecting in 4Q21. YouTube slightly underperformed Omdia’s expectations for full-year 2021 as it came under greater pressure from other premium ad-supported online video (AVOD) and social platforms (e.g., TikTok) in addition to a rebound in traditional TV ad spending during the final quarter of the year.

Finally, in its full-year 2021 report Amazon reported its advertising revenue for the first time. Previously, Omdia’s historical and forecast data has been fully based on modeled estimates. Even so, Omdia’s forecast for Amazon advertising revenue in 2021 was within 0.8% of Amazon’s reported figure. Omdia is therefore not surprised to see that Amazon’s annual ad revenue has already passed $31bn: the growing importance of direct attribution to advertisers, coupled with an acceleration in e-commerce during the pandemic, has already strengthened Amazon’s hand significantly in the advertising market, making it a key competitor to Google’s search operations. And, as Amazon moves further into other forms of shoppable ads on and off its commerce sites and media platforms, its share of the market is only set to grow further. 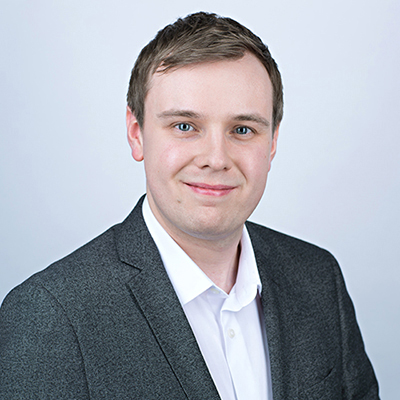 In his role as a Principal Analyst, his main research interests are in digital content and advertising. This includes mobile, social, and ad-supported online video (AVOD), within which Matthew provides analysis of key developments in online video content creation, vendor monetization strategies, and digital video advertising. He also writes on adjacent developments in the broader digital advertising market, OTT video, digital publishing, social media, video games, and next-generation forms of advertising, media and entertainment. Prior to joining Omdia, formerly Ovum, in 2015, Matthew worked as a senior research analyst at MarketLine. He holds a degree in English language and literature from the University of Leeds.