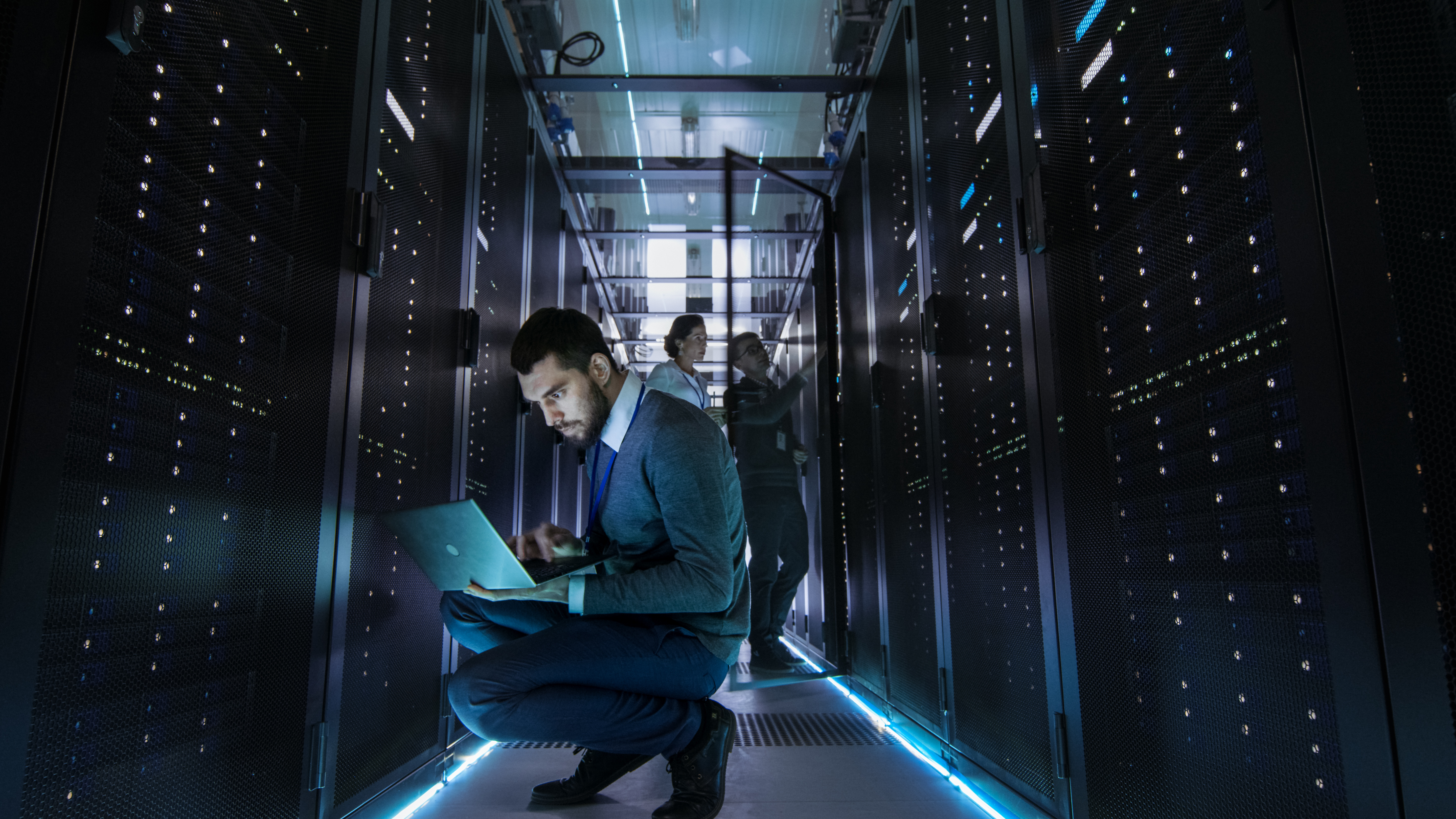 LONDON, 15 December, 2021 – Shipment of servers with Arm CPUs reached record levels according to the latest Data Center Server Tracker from research group Omdia. 5% of the servers shipped in the third quarter of 2021 had an Arm CPU, driven by cloud service provider demand.

“The data center server market continues to be supply constrained because of the shortage of key semiconductor components like power management ICs, micro controllers, and other ASICs. The demand for servers remains very strong across market segments and vendor order backlogs are at historically higher levels.” said Manoj Sukumaran, principal analyst, data center computing and networking, at Omdia.

Omdia lowered its annual server revenue forecast to 86 billion reflecting the impact of the semiconductor shortage. Vendors are unable to fulfil all orders, and many expect major spill over into 2022. Omdia does not expect the component shortage to improve until at least the second half of 2022.

AMD continued to steadily increase its market share in the server CPU market. In the third quarter 18% of the servers shipped had an AMD CPU, up two percentage points from the prior quarter. “AMD is benefitting from the strong uptick in demand from hyperscale CSPs who are deploying high core count AMD Rome and Milan CPUs. AMD’s wins are a reflection of their x86 market leading core density and cache memory per socket. We don’t play vendor favorites or predict winners and losers in the market but it’s important to note that AMD’s announced CPU line-up including a new cloud-optimized CPU variant, called Bergamo, with up to 128 cores, will likely be very compelling to cloud service providers,” said Sukumaran.

The group of White Box Vendors, including Wiwynn, QCT (Quanta), Tyan (MiTAC), and Ingrasys (Foxconn), continued to lead the market despite struggles with semiconductor shortages and other supply chain challenges. The strong demand from hyperscale cloud service providers has created a huge backlog of orders at White Box Vendors, which we expect to be fulfilled next year.

A notable market movement in the third quarter is Inspur surpassing HPE in number of servers shipped. Inspur shipped about thirty thousand servers more than HPE in third quarter, although HPE remains the third largest vendor in terms of server revenue. 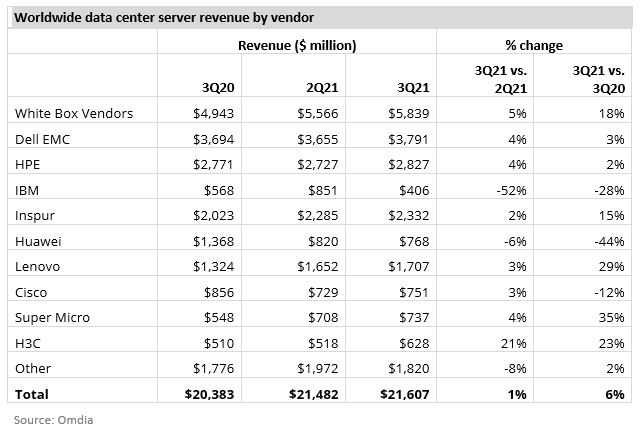 The Omdia Data Center Server Market Tracker covers data center and edge server deployments across cloud service providers, enterprises, and communication service providers. Using the report clients can identify key server configuration trends, the workloads running on them and where they are being located.