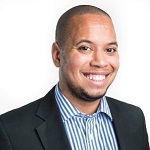 Daniel joined the television media service at Omdia (formerly IHS Markit) in 2014, specializing in IPTV and video-on-demand (VoD) technologies. Later, he developed outputs for the TV and online video intelligence service and has since worked with teams at Omdia to create the current service.

Prior to joining Omdia, Daniel worked predominantly as an analyst, supporting the management of accounting functions in a range of industries, including infrastructure, fashion, and housing.