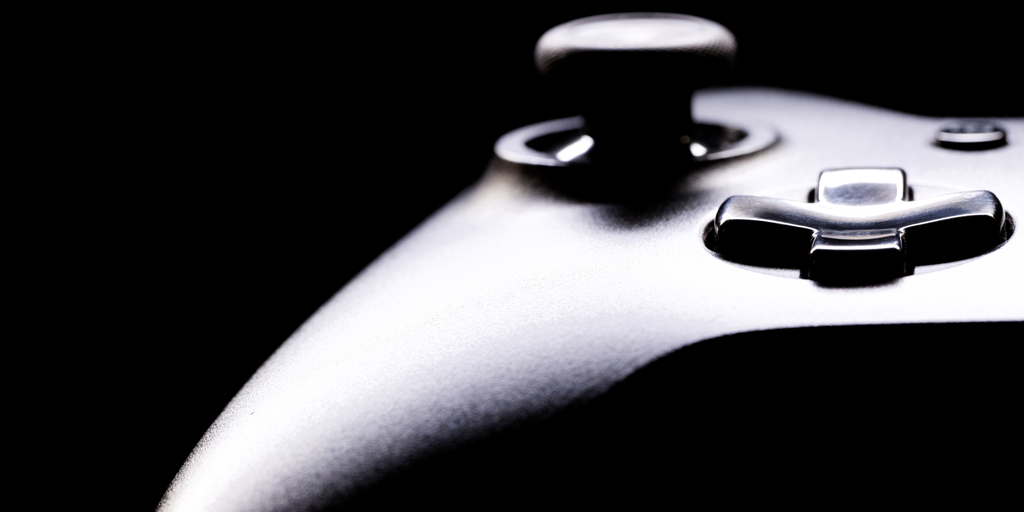 New research from market analyst firm Omdia shows that cloud gaming revenues will be approaching $12bn by 2026. The latest outlook comes from Omdia’s Cloud Gaming and Subscription Revenue Forecast, providing a deep dive into the global cloud gaming market with individual forecasts for 50 countries. The revenue generated from cloud gaming is set surpass $5bn in 2022, a growth rate of 39% compared to 2021.

As predicted by Omdia last year, 2021 has been a landmark year for cloud gaming. It’s been largely driven by Xbox Game Pass Ultimate with its millions of subscribers, who, since the end of 2020 have been able to stream games to smartphones, tablets, PCs, and soon, smart TVs. Sony’s long-running cloud gaming service PlayStation Now also saw impressive consumer uptake, with the number of subscribers growing two and half times since the start of 2020. At the end of 2021, Microsoft and Sony will be responsible for almost three quarters of total cloud gaming market revenue, but their share is expected to decrease in the coming years as other services take off globally. 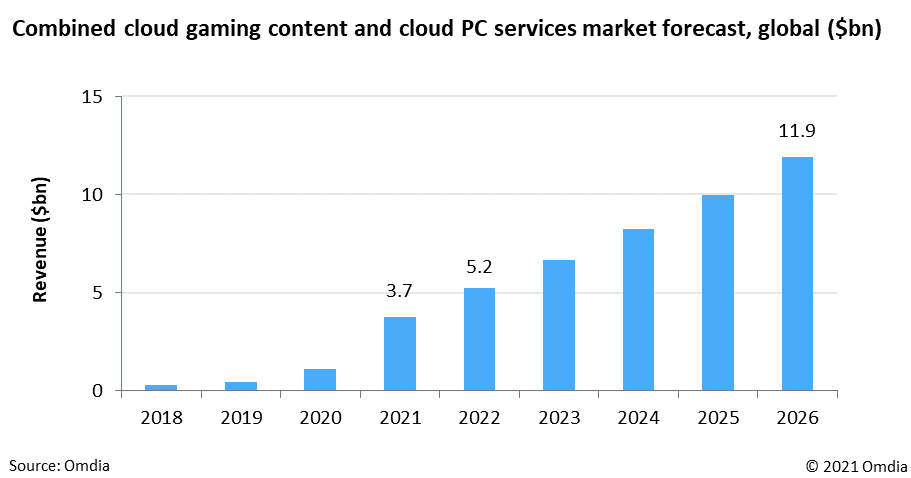 Subscriptions will remain the predominant business model, being responsible for about 80% of total consumer spend on cloud gaming over the next five years. Services providing access to a library of games, such as Google Stadia, Amazon Luna, and Blacknut will drive 91% of total revenue by 2026, with ‘PC in the cloud’ services such as Nvidia GeForce Now, Vortex, and Shadow accounting for the remainder of the market in 2026. Apart from subscriptions, one-off purchases, and microtransactions, services such as Facebook Instant Games, Antstream Arcade, and AirConsole are exploring other forms of monetization including advertising - which will further fuel the growth of cloud gaming beyond what is currently encompassed in this forecast.

George Jijiashvili, principal analyst at Omdia, commented: “North America and Western Europe will dominate cloud gaming revenues within the forecast period, but Asia Pacific, led by China, will nearly close the gap by the end of 2026.” The games streaming market is in a precarious state in China; many large telcos operate their own cloud gaming services, which they give away for free to their 5G network subscribers (or offer at a very low price). Meanwhile, the lack of formal approval process for streaming games has meant that pirated content is widespread. Imminent state regulation should legitimize cloud gaming as a platform for Chinese game developers and gamers, and thus accelerate its growth in the country.

Jijiashvili notes: “Network issues such as latency and capped data tariffs on mobile and home broadband pose ongoing challenges to the uptake of cloud gaming, but it’s clear that telcos are taking a proactive approach.” Since 2017, Omdia has tracked more than 220 cloud gaming service partnerships globally, 53 of which have involved network operators, who view cloud gaming as a way to drive 5G and fiber broadband uptake. Omdia’s market outlook assumes continued collaboration between telcos and cloud gaming companies, as well as the quality of internet connections improving globally.

As part of Omdia’s methodology for sizing the cloud gaming market, Omdia analyzed the performance of over 20 existing game streaming services, the uptake of cloud gaming-capable consumer devices, as well as penetration and speeds of home and cellular internet access. In the case of hybrid cloud gaming platforms such as PlayStation Now and Xbox Game Pass Ultimate, which allow users to both download and stream games, all revenue generated by these services were included in the forecast. 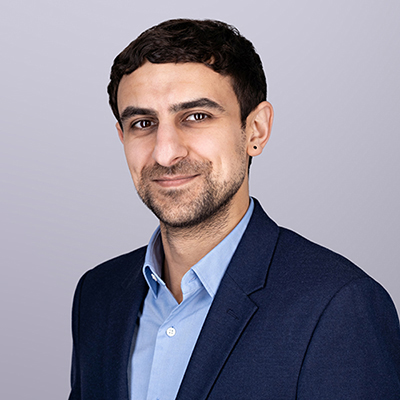